This week's guest is the best of the best, so of course, we had to give him a two-parter. RJD2 is one of the most well-respected and prolific hip-hop producers on the scene today. A wickedly talented turntablist, RJ Krohn has backed some of the biggest artists in the rap game, but he's also produced beats for movies, television, video games, and has four timeless studio albums under his belt.

On today's episode, RJ talks about his early years in the Columbus, Ohio battle rap scene. Coming up with artists like Copywrite, El-P, and Blueprint cemented his hip-hop cred, while his first two solo albums, 2002's Deadringer and 2004's Since We Last Spoke, elevated RJD2 to indie stardom.

Tomorrow, RJ discusses his production process, that fine line between producing a hip-hop track, and a solo instrumental. He also talks about trying to watch the newest episode of Mad Men without having to hear that annoying-ass theme song, and his latest concert video, Live at the Rave, which involves some pretty intricate hand puppetry.

This weeks' episode is brought to you by Summer Camp Festival, Memorial Day weekend in Chillicothe, IL. 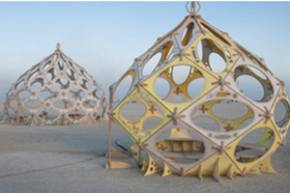