Veteran producer/DJ Wick-it The Instigator has placed himself at the very epicenter of the sonic melting pot in Music City, USA. His mash-ups and diverse remixes have gained him tons of credibility in the scene and have lead to a widespread fan base that rabidly follows the Nashvillain Mashvillain. From opening sets, festival slots, to headlining shows—Wick-it’s performances never disappoint.

His newest EP, No Ragrets, dropped this and it’s nothing short of spectacular. Each of the six tracks vary in style and tempo, which turn the listening experience into an adventure into the unknown.

“Intro” features Wick-it beatboxing multiple layers together and freestyling over his beat. In other words, it’s a perfect way to set the stage for the rest of the EP. “He Gets Wick-it” is one of the anthems of the year. This banger has multiple sections of synths, hard-hitting drums and heavy bass that are guaranteed to get you on your feet. The scratching on this track and others is, as always, the perfect accessory to his music.

There are plenty of faster songs to dance or rage to like “Exclusive” or the moomba-esque “This is MY House,” but that isn’t all No Ragrets has to offer. There are slower places on the release that force you to just shut your eyes and enjoy what’s happening, For example, the second half of “Big Ole Cool Song,” or the track “All In Together Now.”

Regardless of your mood, you’ll find something worth vibing to.

TheUntz.com had the chance to discuss the new EP with Andrew Owsley, himself, and ask some questions about his journey into the music game. 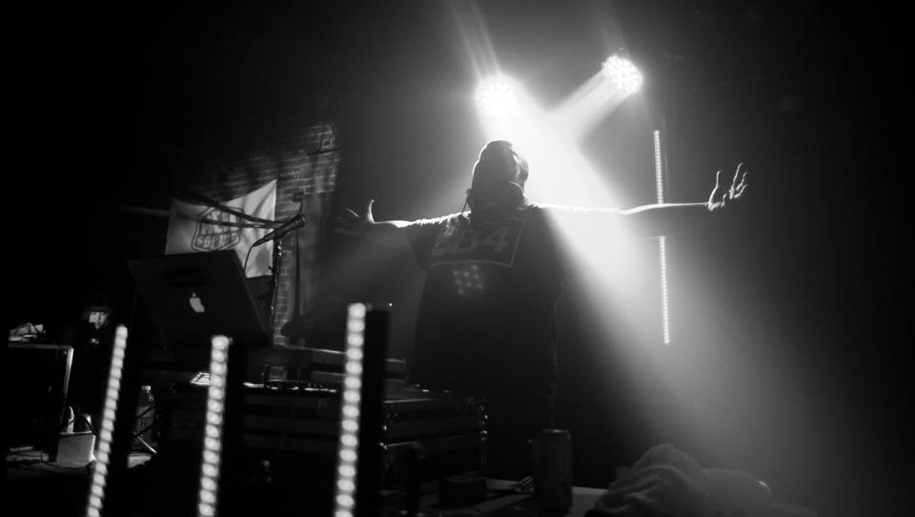 Where’d you find the inspiration for No Ragrets?

I really wanted to create some original music.  I've mainly been known for remixes and mashups, which is great, but I don't want to be a one trick pony either.

Are there any tracks that specifically stand out to you?

Ummmm, I don't have a favorite really.  A couple of the songs are kind of like two songs in one, because I wanted there to be some curveballs on the EP.  But I discovered the whole "two songs in one" thing made mix downs and mastering very difficult. But hopefully worth it.

How would you define your style?

I could either say I'm "Electronic and Hip-Hop" or I could ramble for an hour.

What got you into the music scene, and from there jump into the DJ game?

Scratching is what caught my eye first. Especially when I heard it outside of hip-hop, such as Sublime, Beck, or Medeski Martin and Wood. I just wanted to know how to do that. Really badly.

You’re one of the few producers today that uses tables to scratch and mix old school style. What are your thoughts?

Well, I'm 35 years old, and when I was young and started DJing, That’s what you went and bought: Turntables. I didn't choose it over anything else to be noble, or to be badass. I'm just old and that's what we used to do (laughs). I'm a believer in preserving the old school, but embracing the new as well.

You’ve got a pretty sweet resumé for shows and festivals. What can we expect in the future?

Just gonna try to keep it moving, keep it fresh, and continue to grow this thing.