Rock-jam-electro-funk band Dopapod released its fourth studio album Never Odd or Even in early November, and it's undoubtedly something you need to investigate.

Opener “Present Ghosts” is a funk-infused track that gives just a little taste of what the album has in store. Rob Compa’s smooth voice adds just the right touch to this and other tracks on the album. Often, his vocals become mesmerizing, forcing the listener into trance state.

Many of the songs featured, such as “Hey Zeus” and “The Upside of Down,” use various artistic approaches making the songs more like a story than just a song. Ranging from rock, to retro, to southern vibes, there is something or someplace in the album guaranteed to make any one get off their feet and dance.

Throughout the album they also use electronic elements like in “FABA” which multiplies the mesmerizing effect mentioned above. One of the greatest things about each of the tracks is the numerous progressions and styles Dopapod uses. At times you feel like you’re listening to a jam band (in no way a bad thing), then the next second before you can blink you’re being lead down a different path full of blasting organs and guitar riffs. This ability to drift between styles and emotions is one of the band’s greatest qualities.

“Sleeping Giant,” one of the ultra funky tracks, is six minutes of pure bliss. Alternating between the funk and rock vibes makes this one of the most thrilling on the album. On first, second, third, fourth listen you find something new that makes you want to jump off a speaker or light a guitar on fire.

Regardless of your taste in music, Dopapod’s action packed Never Odd or Even is sure to leave you speechless. Before long, you also will have the whole album on repeat. 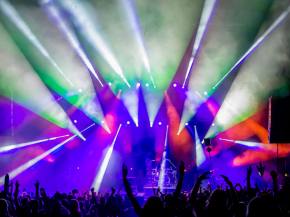 An exhaustive report detailing (nearly) every minute of The Werk Out. 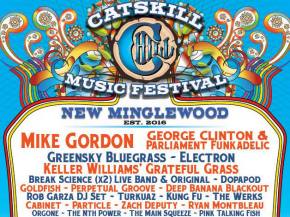 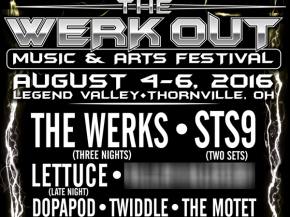 STS9, Lettuce, Dopapod join The Werks at The Werk Out Festival 2016