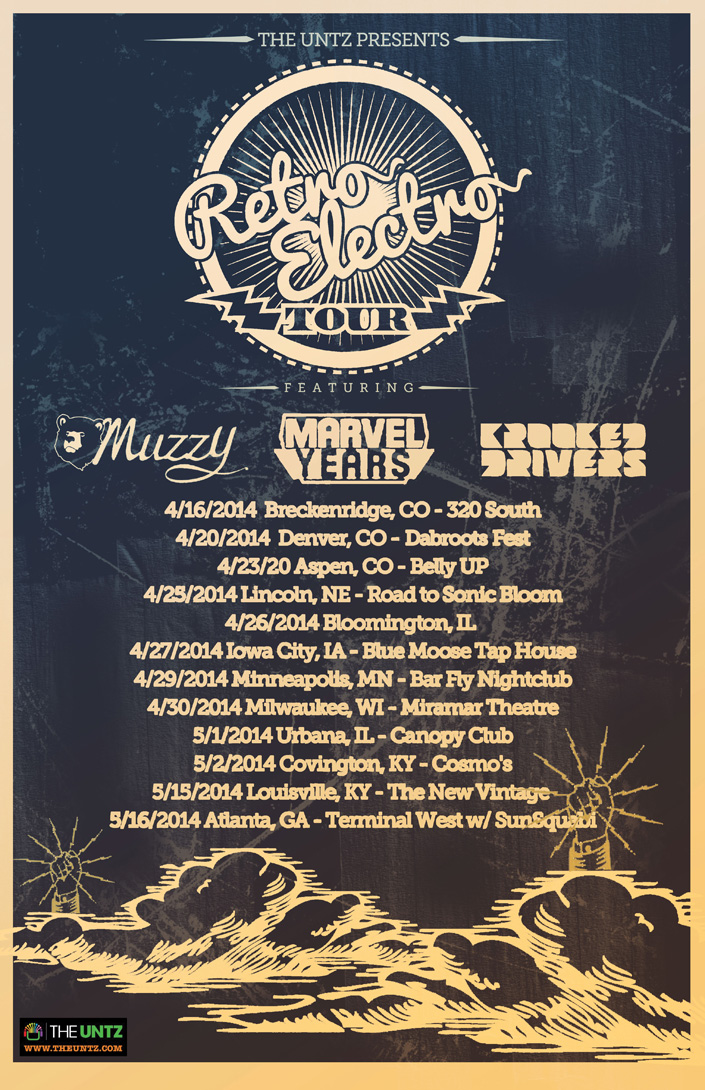 The fine folks at ISU Vibe Tribe put together a fun recap video from the Retro Electro tour stop at Pub II in Bloomington-Normal, IL at the end of April.

The tour, presented by TheUntz.com, featured electro-soul stars MuzzY, Krooked Drivers, and Marvel Years, and the energy and talent of these hustling youngsters is palpable. This is the new generation of soulful hip-hop producers.

Each artist is young, hungry, and full of potential, and The Untz was privileged enough to put these musicians out on the road, breaking into new markets, and thrilling fans patiently waiting to see them in action.

That's really what it's all about. And that's what Krooked Drivers' Donnie Dalbora puts poignantly into words at the end of this recap video.

During the course of the tour, the three breakout acts hit a few spots in Colorado, and then cruised through the midwest, before crushing Terminal West in Atlanta, GA with SunSquabi, for an epic finale to the run.

If your city missed this tour, and you want to see these heavy-hitters come to your town, let us know, and we'll bring them back this fall.