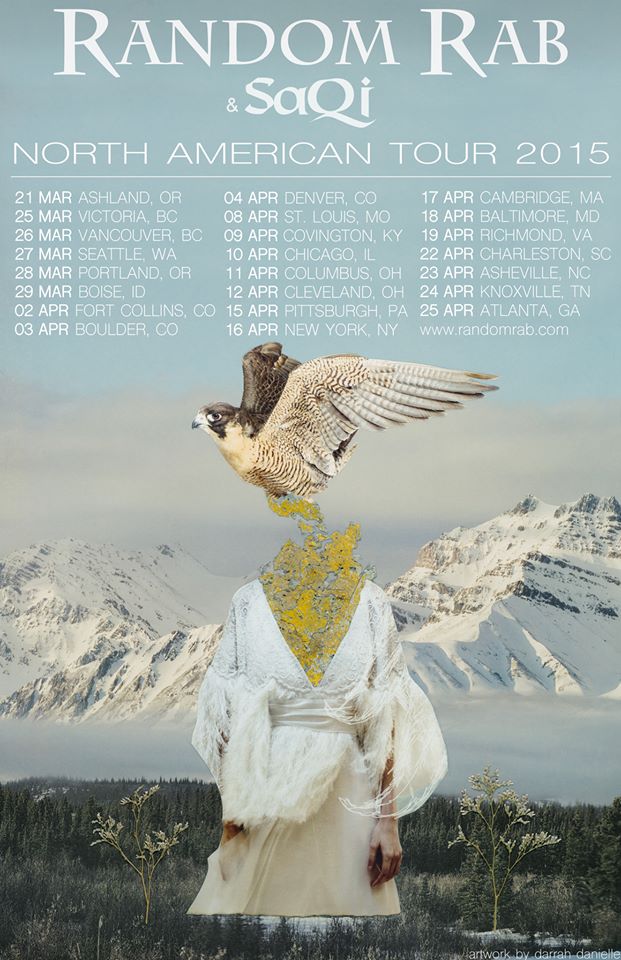 As he teased it on our Trans.Missions broadcast last week, Random Rab is touring North America this spring with Jumpsuit Records trumpeter saQi.

The pair will make their way from the west coast to the east coast from late March to late April, and the tour will also feature Rab's brand new stage show.

Major stops along the way include Denver, Chicago, NYC, Baltimore, Asheville, and Atlanta. Smaller markets bring the Rab sound to more cities in a run than he's ever done.

According to our conversation, which you can hear below, Rab is working with a number of new collaborators, and bringing a very warm, organic sound to his new record, with a release date to follow in the near future.

The tour will coincide with a full-length studio release from Rab Clinton, along with new music from Luke Solman--and we're expecting some great collaborations between the two on the road. We're expecting a great deal more info to trickle out of both camps over the next couple of weeks.

You can see Rab in Los Angeles, CA at the Fonda Theatre as part of the Gem & Jam pre-party with Alex and Allyson Grey on Friday, January 16th, and he'll be in Tucson, AZ for the actual Gem & Jam festival in early February.