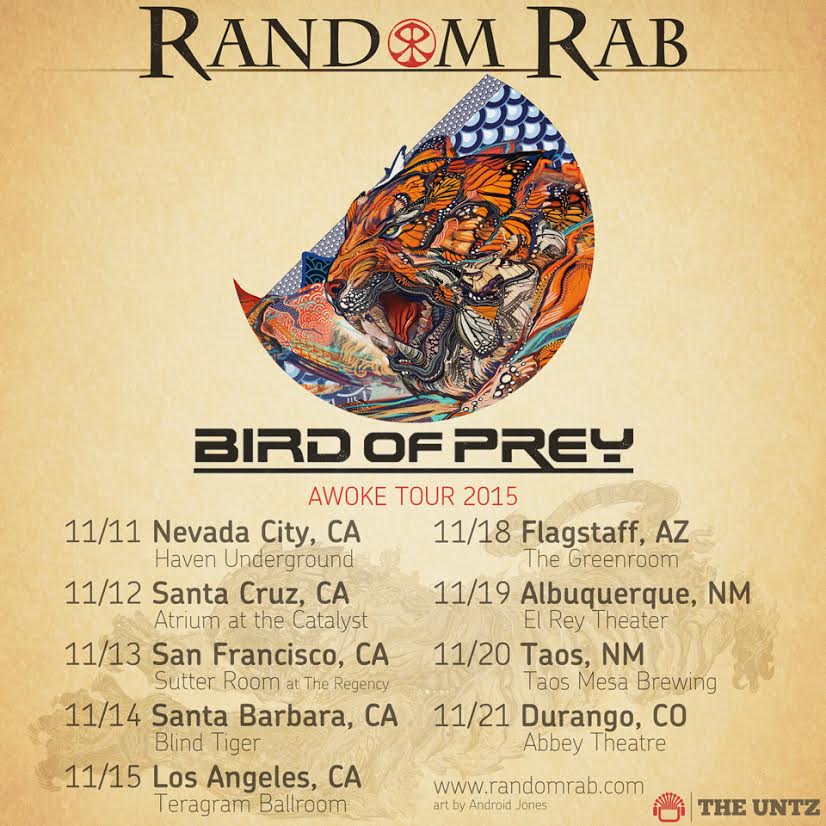 The master of sunrise, himself, Random Rab is heading out on a quick, two-week tour this November, hitting some of his favorite spots in the southwest and California.

The Awoke tour takes its name from the forthcoming full-length from Rab Clinton, due out this September on the Texas-based Abandon Building label.

Joining Rab on this western run is Bird of Prey. Sub-tropical artist Torin Goodnight has popped up on a couple summer of festivals (including Trinity River Jam and Shambhala this weekend) with his Birds of Paradise project, but this will be his first extended solo tour since his 2013 nationwide run with Kalya Scintilla.

Random Rab recently teased fans with a haunting CloZee remix of his new tune "39 Circles," which will appear on the new Awoke album. The piece is a co-creation with Lapa, violinist and producer Ilya Goldberg of Emancipator.

If you're wanting to catch this tour in your hometown, but you're a little short of dough, perhaps you might be interested in joining our Awoke tour ticket giveaway contest! We'll be picking one lucky winner for each stop on the tour to recieve a pair of tickets to the date of their choice. The odds are in your favor, so head over to our contest page now, and enter this giveaway for free!