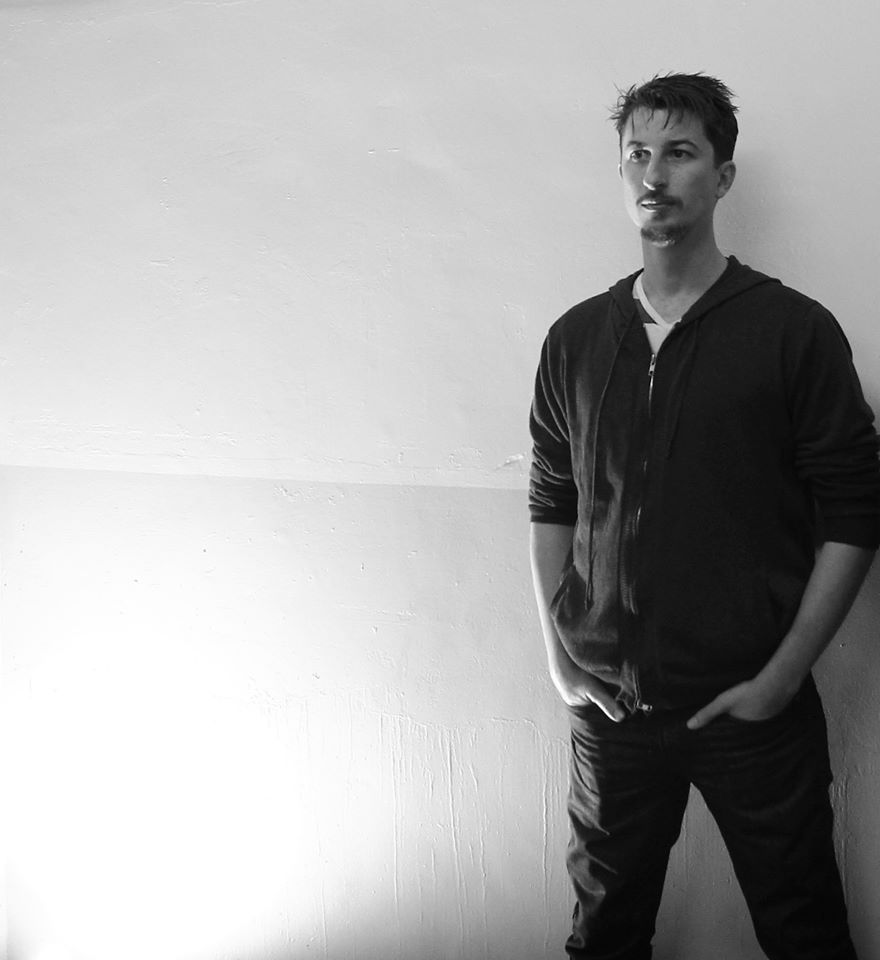 What happens when you take soulful samples and mash them up with glitchy, hypnotic break beats? The answer’s quite simple—Diametric Funk.

The first track, “Boston Laser Party” sets the feel for the rest of the album with a really grimy vibe and a funky breakdown mid-song. If you had to compare Puzahki’s funky, bass heavy production to some more well-known artists, you might say it’s what you would expect a collaboration between Tipper and The Floozies to sound like. Our favorite track out of the four is “Zigga Zum,” which we’re expecting to become an instant glitch-hop anthem on next summer’s festival track. Just when you expect the song to come to an end, a wild outro picks the tempo back up and all of a sudden you’re back on your feet dancing. His sound is extremely creative, a lot of fun and definitely something you could get down to live.

Craig Parry was kind enough to sit down with us and answer some questions, to help introduce his sound to American audiences.

Tell us about Diametric Funk. Where does this EP fit into the body of your career? What was the driving inspiration behind it?

Diametric Funk is actually a bit of an outlier as it’s the first “Glitch Hop / Funk” EP that I’ve released. Although if you were to listen to my discography you’d find a lot of early endeavors in instrumental hip-hop and breakcore / IDM styles so I suppose it doesn’t stray too far from home. The EP began with one of the tracks being commissioned for a TV commercial for a gymnasium. They wanted something aggressive but with a positive vibe. In the end they went for something totally different but I liked the track so I made it a bit more experimental and sent it out to a few labels. I was pretty stoked when Hopskotch said they might be into it as I’ve been into what they have been doing as a label for ages. I also respect them a lot for taking a punt on an EP that doesn’t really fit into the classical structure and sound for the genre.

How does your passion for teaching fit into your passion for production? Does that keep you active in staying up-to-date on the latest hardware and software, and in turn lead you to be always progressing when you make your own music?

I feel like that question answers itself! Yeah, you’re absolutely right. I love teaching because it’s the ouroboros of self development and in turn the more you develop yourself, the more knowledge you have to offer your students. At the moment a bit less than half my time is spent writing and performing and the other larger half is teaching. It’s pretty awesome but I’m working on tipping the ratio so that the time split is reversed. Also trying to find more time for family who only get the leftovers at the moment!

Can you give us the pitch for Music Tech Academy? Who's the perfect student for your program?

Well, here’s the pitch from our official site. I think that says it best:

“Music Tech Academy is an independent learning institution with a focus on cutting edge Music Technology, Production, DJ'ing, Recording, Mixing and Mastering, and Tuition. We believe that music technology is something that could be fun and accessible to everyone, not just advanced musicians and IT enthusiasts! We offer all levels of learning on a variety of platforms from absolute beginners to intermediate and advanced techniques including resources and professional development for other music teachers.”

It’s a school I started with my wife after we discovered how outdated a lot of secondary school music curriculums were in our country. I mean no disrespect to hardworking teachers with that statement. There are a lot of complex factors that go into poor national curriculum and lackluster delivery methods. But we felt as though the best thing we could do was from outside the established system with the freedom of a private academy. We’ve been running for 4 years now, have two extra staff and about 100 active students. I think our ideal student is anyone who is loves music, is keen to learn and doesn’t mind a bit of hard work and perseverance.

Where does glitch-hop fit into the broader scene in Australia? In the U.S., it's still quite niche, but some of the bigger Aussie glitch-hop guys like OPIUO, Mr. Bill and Slynk are some of the most beloved artists in the genre over here.

I’m embarrassed to say this but I don’t think I’m the most qualified person to answer that question. Full-time music as a job (plus family) doesn’t leave me a lot of time to immerse myself in the local scene as much as I’d like to! What I would say though is that what I’ve found both as a performer and as a label owner (weirddancemusic.com) is that you really don’t have to look very far to find music that is at an international standard in Australia. From what I’ve seen, Glitch Hop (in QLD at least) never really found its place in clubs but definitely has a strong presence in the outdoor festival scene. I suppose the tweaky sound design and swung rhythms are more at home among the trees than in the asphalt. I think in the long term this is definitely best for the genre as Australia is currently facing a lot of policy regression in the nightlife entertainment industry.

We'd love to know what's going on in "Electronic Ensemble Techniques," one of the courses you teach at Uni.

The Electro Acoustic ensemble is a small ensemble course offered at Griffith University. It investigates the marriage between analogue and digital, hardware and software and generative and through composed content in a live, improvised performance environment. It’s a live, experimental electronic band with no holds barred on approach.

I’ve taught the EAE for a few years but this year handed it over to a colleague. I think it’s called something different now but the idea is the same; possibly even more progressive as I think they are now building instruments for performance using a combination of Pure Data and Arduino based hardware. The Griffith Conservatorium is an excellent environment for Music Technology education and a really supportive and knowledgeable team to work with. I currently teach Digital Music Composition with Logic.

Do you plan to perform some live dates in support of the new record?

Because of work I’m pretty much locked down until Uni breaks so I’ve been using the time to finish off my album and develop a new live performance routine. The album is a much darker, IDM kind of affair with a lot of influence from people like Chris Clark, Vaetxh, Milanese, etc.; lot’s of texture and mental beats. My live performance routine is bit of a quest to find the best way to allow me to perform that kind of music live, with real instruments. My current setup is the most successful so far and allows me to swap between keys, drums, scratching and guitars on different tracks. The next step is connecting MIDI output to visuals and DMX rigs. It takes ages to learn and practice the parts though as I program a lot of it with sequencers and then have to reverse engineer them to play on real instruments! Hoping to take this show on the road early next year.