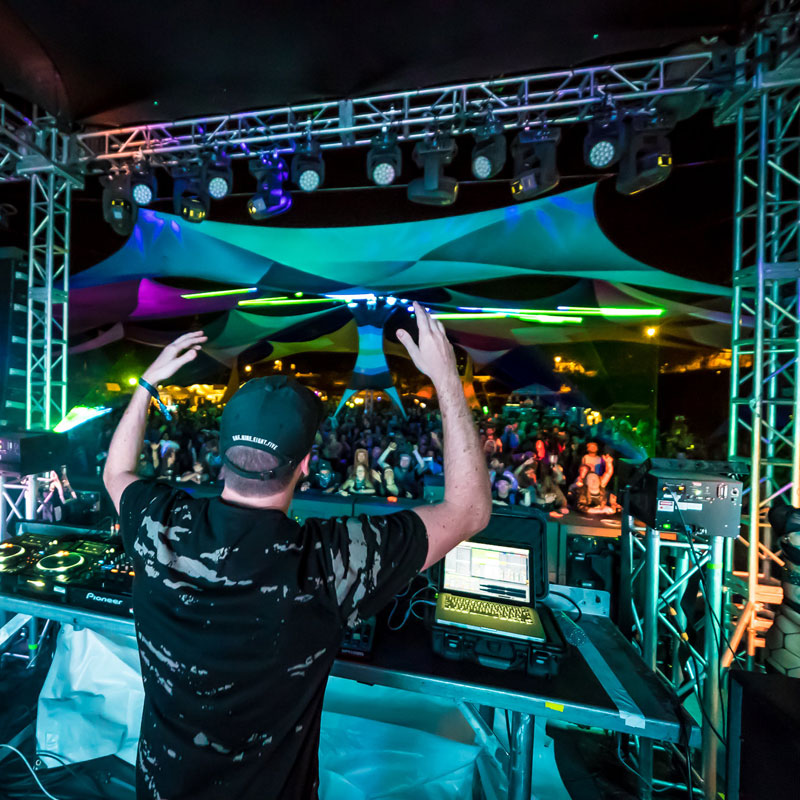 The punkers and meeting the ravers; Greg Jones and Sander Dennis will be your tour guides.

If you had to explain the current state of the underground electronic music scene to a time traveler from the 90's, Acid Disk would be your Rosetta Stone. G Jones and EPROM are historians paying tribute to a long-lost (to some) sound that was in its heyday when most of their fans were still in diapers—if they'd even been born, yet.

The punk rock motif of the split EP with the lead-off single functioning as a collab between the two bass gods serves to strengthen the ties between today's contemporary bass space and the safety-pinned, leather-jacketed pioneers of yesteryear. “Hysteria” gives way to Jones' two contributions, and Dennis' “666-ACID” and “Dark Souls” close out the collection. We heard EPROM go full neuro at The Untz Festival, but this is something totally bananas that we didn't expect, and absolutely adore.

If you take the familar sounds of the 303 and the 808, the rhythms of the desert rave scene, and inject them all with high-powered modular synths, then grind them up and stuff them with the choicest bass plug-ins, you've got an idea of the power that this 5-track EP packs. It's a whirlwind of nostalgia and headbanging that manages to propel the scene forward even while tipping its cap to the heavyweights who blazed this twisted trail.