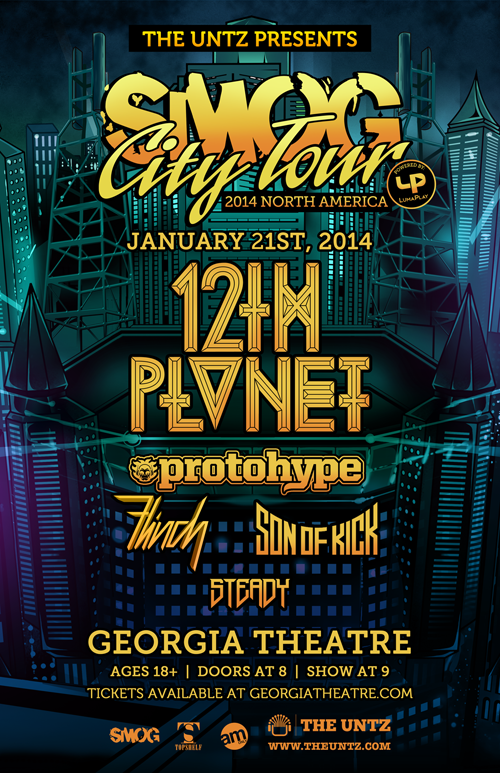 Before Protohype became the famous goofball we all know and love, he was tossin' off tracks like "Candy Paint" for Simplify Recordings back in 2011.

One of the fan-friendly byproducts of "Throwback Thursdays": producers like Protohype and Evol Intent are posting (and sometimes even remastering) their classics. And while Protohype is more and more becoming known for his high-energy bass blasts, this more chill and trill track has a lot of soul to it.

Those wobbles are so reminiscent of Rusko at around the same time, with the 808s that are so prevalent in trap these days, it's no wonder that Protohype became such a huge name like he did - if he was this far ahead of the curve three years ago, I'm excited to see where he's gonna end up in another three.

Protohype is currently supporting 12th Planet and others on the SMOG City tour - and TheUntz.com just happens to presenting the stop at Georgia Theatre on January 21st. So get your kicks, dirty south, with the "Hype" man, himself.