Starting off producing on Sonic Foundries’ “Acid” back in the late 90’s, Proper Villains has made quite the transformation from looping drum lines behind (admittedly) awful industrial/metal in high school, to now dropping some of the most riotous and highly acclaimed remixes in the EDM world. Now, this remix-reverend has taken his eclectic musical background and begun dipping his fingers into the waters of electric trap music - mixing in a bit of dubstep alongside his formidable, “get up and dance” swag.

His two latest testaments came in the form of remixes to Waka Flaka’s “Rooster in My Rari” and a reinstitution of Gucci Mane’s “Pillz,” which he had already dabbled with a year or so ago. Both hit hard, “Pillz” being a bit more chilled out in a sense, while “Rooster” drops truly mind-melting synths over deep, dubbed-out bass. But, let’s get one thing straight, Proper has been injecting hip-hop flavor into his tracks from the get go, so the trap approach shouldn’t be anything too deviant, and his intention is solely to make you want to move…something he’s damn good at.

Remixing everything from Childish Gambino’s “Heartbeat”, to his more notable “Bass Down Low,” by Dev, and the classic, Zombie Nation hit, “Kernkraft 400,” this guy has serious prowess when it comes to demolishing dance floors, or hammering house parties. You can literally feel the gritty noise of the New York streets in which he resides, and he shows no sign of letting up. Below, we’ve featured his latest, alongside his greatest, and we are stoked to bring you Proper Villains. We hope you all enjoy, and as always, crank up that bass…properly! 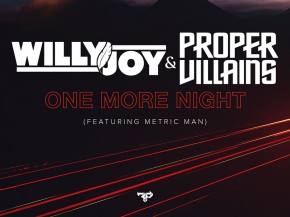