In one week, all the little basshead boys and girls, tucked into their comfy beds, will be hard pressed to sleep a wink with visions of rumbling subs dancing about in their dreams. Come August 1st, it's like Christmas morning for low end junkies when the Saturated Volume 6 compilation drops, shaking up the underground bass scene once more.

These comps have been a lightning rod for attention by fans, promoters, and festivals alike who have a penchant for experimental bass. It's launched careers and cemented legacies. Already, Saturate fans have gotten a taste of Skew x yunis, Moniker & Kozmo, and Toadface (premiered by us on Friday), and now today we have a premiere from one of the bright, shining stars of the scene, PROKO. 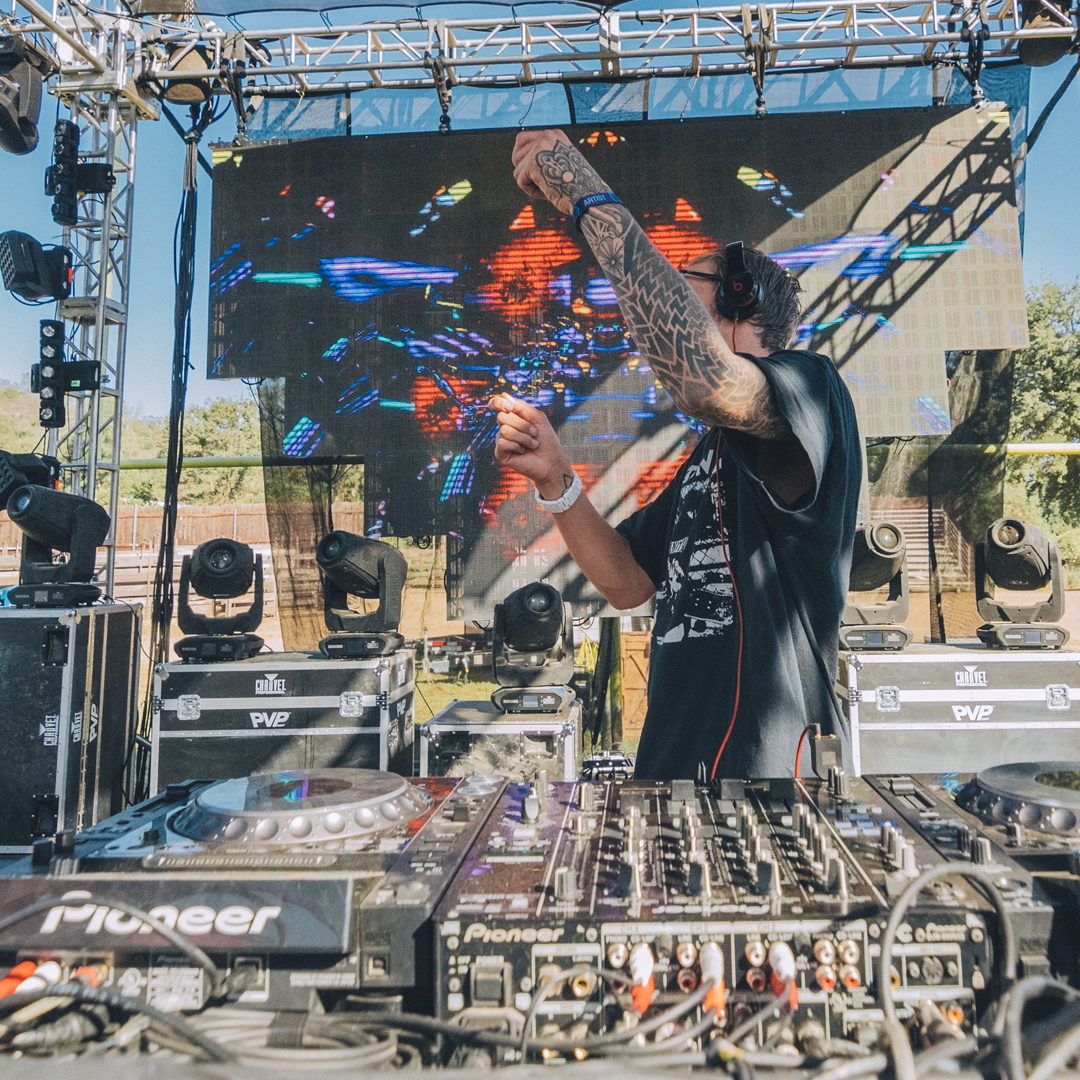 Troy Prokopowich has been an artist's artist for the past couple years, coming off his last project The OriGinALz, but now PROKO has broken out into the open through support by Bassnectar, Bleep Bloop, and Space Jesus, on the back of his viral Alien Abduction Mixtape, as well as the release earlier this month of his debut EP, First Contact, which received critical acclaim from all those who matter (us, namely). PROKO also won the hearts and minds of our fans with a sweltering performance under the Mariposa sun at The Untz Festival early last month. Talent emanates off this guy like gamma radiation.

Which brings us to today's premiere, “Neo.” This song may as well be autobiographical, because if The Matrix taught us anything, PROKO is “the one.” But this isn't the soundtrack to that weird post-apocalyptic industrial cave rave from the second movie (although we wish to god it was so that there could be something redeemable about that franchise), this is a signature Prokopowich groove, combining a hard-hitting, off-kilter beat with a finely-tuned bass wallop that doesn't hold anything back.

Sound design finesse is this guy's bread and butter—there are some sonic elements in here that will make you scrub the playhead back over and over while you scratch your head thinking “Well how the fuck did he do that?” It's not an uncommon question for fans who have been following his career, and who never miss an opportunity to see the madman in action. Which northern Californians can get a shot at on Thursday when he plays the Stilldream pre-party with Yheti, Whitebear, and Moniker in Belden.

Grab this Saturated Volume 6 comp on the first of next month, because you will then have a handy guide to which acts are about to break in the back half of 2017. PROKO's already on his way.