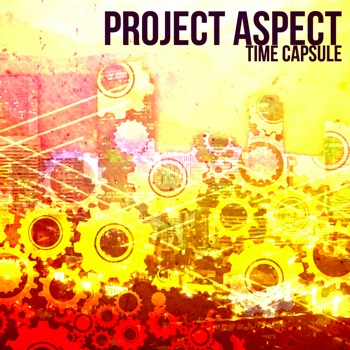 A couple weeks ago we presented you with an incredibly potent and charismatic release from Denver musician Project Aspect titled Remixes Vol. 2.  Aspect not only creates uplifting and emotional remixes, but actually re-creates the instrumentals to all the songs he flips, in order to make each of them his own. So it comes as no surprise that when he is releasing an album of all original tracks, he is on top of his game.

Jay Jaramillo is a musical mastermind. He has the uncanny ability to combine a slew of genres like crunk, IDM, soul, dub, and glitch-hop; then mix them up in a musical soup and create tasty treats that are perfect for serving up at any event he plays. Aside from the aforementioned remixes that include switch ups of artists like Ellie Goulding, Iyaz, 2pac, and Benny Bennassi, Jaramillo has also blasted off roof-lifting original tracks like the ones off his dance worthy 2011 release Put This World on Hold.

On his most recent release Time Capsule, from 1320 Records, Jaramillo steps up his game and takes the listener on a jazzy joy ride that weaves its way through pumped up crescendos and mystical symphonies.

Opening up the album is “Tina Turnon,” which strikes immediately with light chimes and an ominous build up that eventually drops into a magical groove that is reminiscent of the original from Star Wars.

“White Girls Doing Homework,” possesses catchy low bass tones and chopped up samples from the great Big L, which combine to create a funky jazzstep cut that will remind listeners of tracks from fellow Colorado producer Pretty Lights. The song is a momentous step for the musical career of Jay Jaramillo, and shows how quickly he is improving.

“Spacey Jazz Odyssey,” is a witty and creative orchestra that will uplift the mind and soul of anyone entranced into the music of Project Aspect, and have them dancing in place wherever they might be.

“Rainy Daze,” is a captivating and mesmerizing track that is perfect for days inside when the onslaught of the elements are striking. The songs chilled out groove with have any listener closing their eyes and drifting off from start to finish.

Burn these songs on a CD, put them in a solid container, and then bury them away because future generations need to know about the musical revolution that is upon us. Time Capsule is another solid release to add to the collection of any listener who loves Project Aspect, or just any die hard EDM fan who is looking for another sensational artist stemming from the Colorado sound movement.