Even the sun-soaked Strip of Sin City is feeling the healing change that is sweeping the nation in the form of the boundless transformational fesival society.tem

Introducing Zero Point Festival, the inaugural event just 45 minutes south of the Strip in Las Vegas, NV will transform the gorgeous desert September 26-28 into a safe place for dance, healing, yoga, Qi Gong, with spiritual talks and workshops by day, and some of the best dance music in the country by night.

The man, the myth, the legend, Mark Farina will be headlining this brand new event with his signature take on house. Appropriately, the Desert Dwellers will make their trek out into the desert. No stranger to transformational events, the producers of yogic bass music are right at home on the lineup. Acid crunk superstar An-ten-nae is making way to Nevada, along with perennial UNTZ fave Andreilien. More than 40 more DJs spanning psytrance to tech house are also decorating this lineup, which is one of the most adventurous we've seen in a while.

Many of the artists, and its attendees, are no strangers to Burning Man. In fact, many theme camps and art cars are making their way south from the inspirational and artistic gathering a few hours north in Black Rock City. In fact, the festival's two stages will boast Funktion-One and Turbosound systems, while staying completely solar-powered. 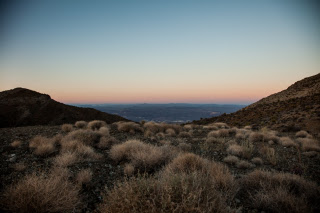 Speaking of solar power, sustainability and alternative energies are at the center of this gathering. The EESystem at the heart of Delphi Amphitheater is blending science with holistic studies to create a healing environment that have been noted for cellular regeneration and improved immunity. The goal is to create a permanent RV and amphitheater space on the land and cultivate an artistic community that will spring up around the natural beauty and radiant energy.

For those who have complained that the new transformational movement hasn't hit Vegas, you're about to be shown the light this weekend, just 30 miles outside the city. This ain't no bachelor party trip to the Strip. Learn all day, dance all night.

Tickets and more information can be found at www.ourzeropoint.com.