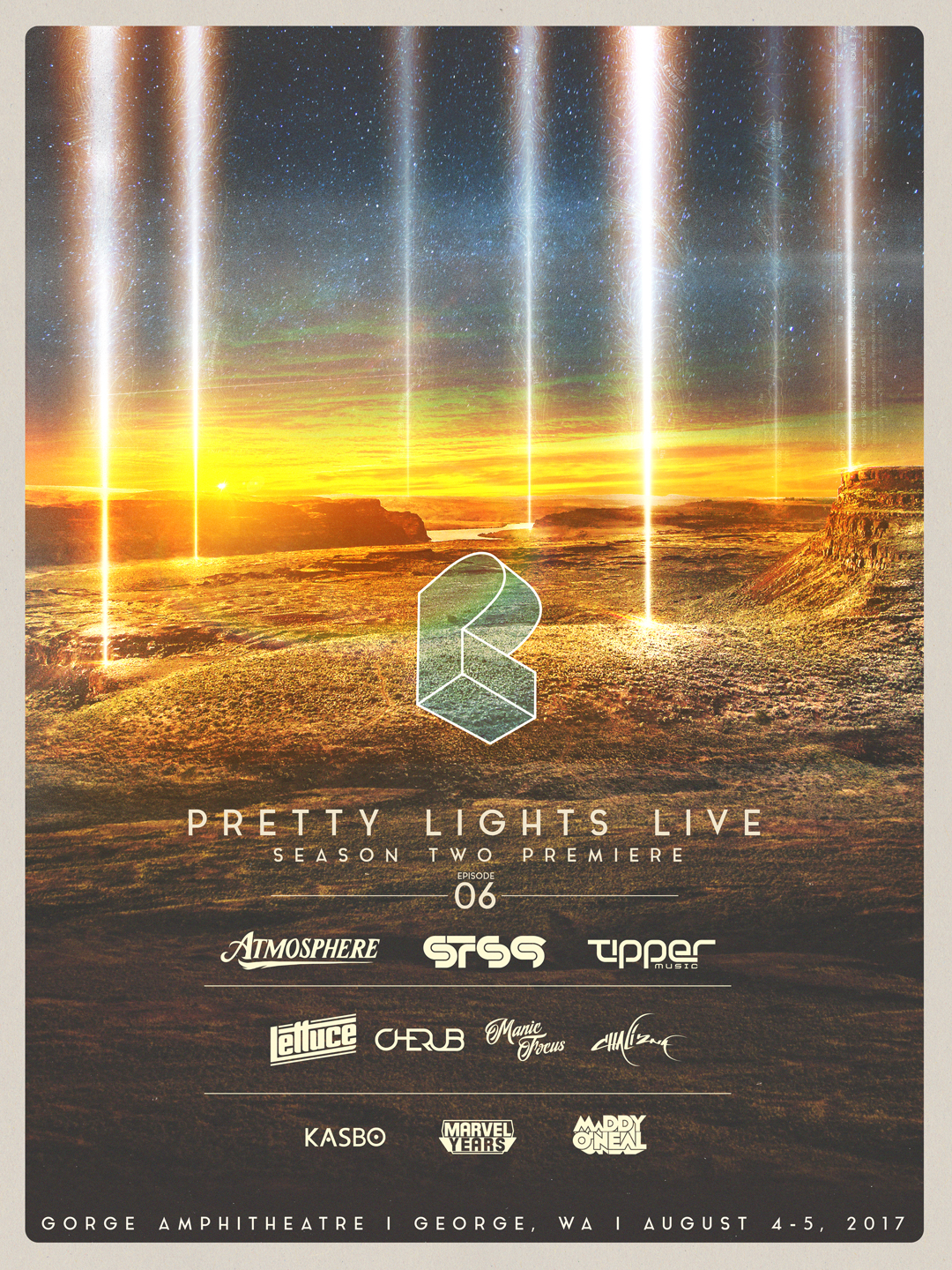 Continuing where he left off last year, Derek Vincent Smith is taking his Episodic Festival concept to new heights. The Pretty Lights Live band will take on one of the most iconic venues in the country for two nights this summer. On August 4th and 5th, The Gorge Amphitheater in George, Washington will host Smith and his band of Borahm Lee, Alvin Ford, Jr., Chris Karns, and Brandon Butler.

Almost as impressive as the two nights of PL at the Gorge is the support crew, which includes long-time Pretty Lights fan favorites Atmosphere, STS9, and Tipper. Covering hip-hop, livetronica, and glitch-hop, the strong bill makes this episodic festival nothing short of irresistible. Add Marvel Years, Maddy O'Neal, Manic Focus, and more to the list, and you've got yourself two beautiful nights in the Pacific Northwest.

Calling this the "season premiere" makes us feel like more dates are on the way. Stay tuned for much more info on that front. In the meantime, you can head to http://plmusic.pl/newsletter to get a code for the fan pre-sale which will be on April 3. The general on-sale follows on April 6.