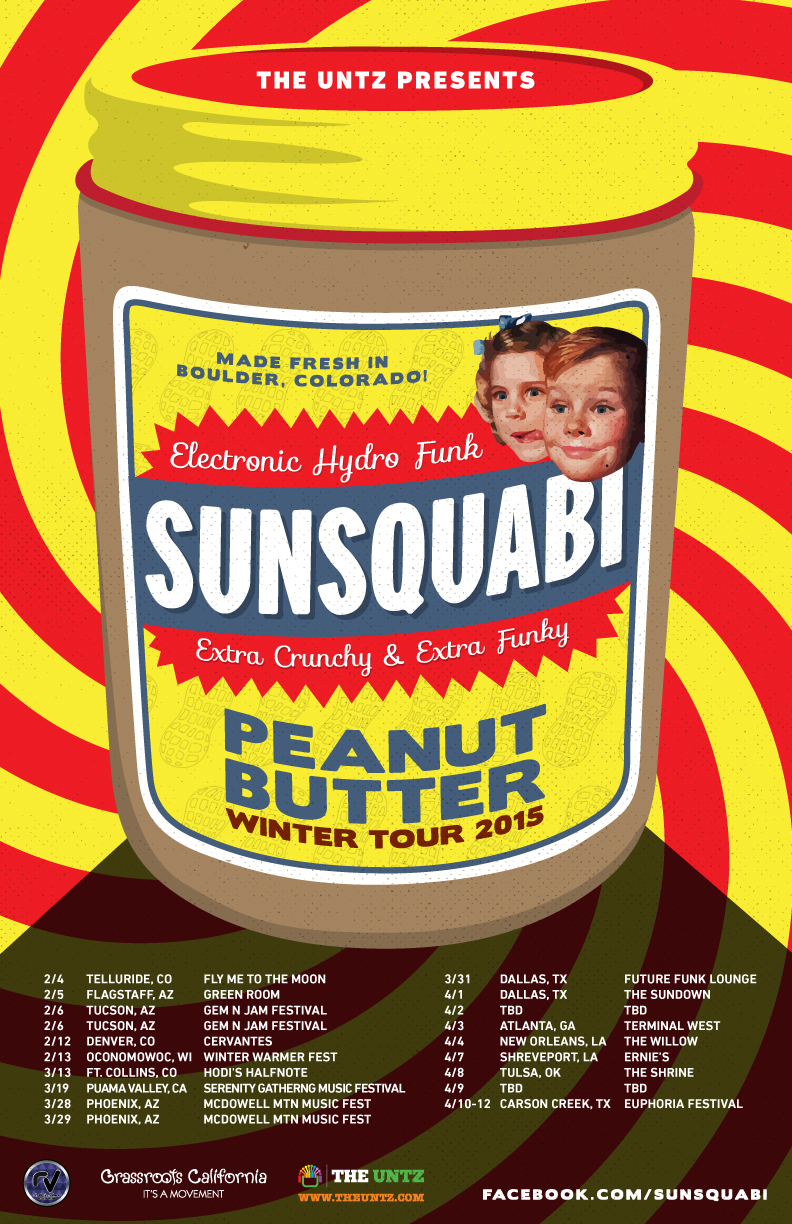 SunSquabi is keepin' it crunchy.

The Boulder, CO hydro funk trio just can't be stopped, and they're about spread across the country like Jif on toast. The band's Peanut Butter winter 2015 tour takes them to Gem & Jam Festival next month, along with a couple of stops in Colorado sprinkled in along the way.

In late March, the band heads to Serenity Gathering in southern California, as well as two dates at McDowell Mountain Festival in Phoenix, AZ. April brings a full tour of the south, with stops along the way in Texas leading up to Euphoria Festival in Austin. Plenty more dates are about to be added, as well.

To really set this tour off right, the boys took on the classic Zapp & Roger tune "Heartbreaker." That crispy funk is elevated to new levels when Chris Anderson, Andrew Clymer, and Kevin Donohue get ahold of it. Throw in some pulsing bass, and a sharp drum beat, and this easy breezy classic is transformed into an all-out banger. Donohue's solo is as tasty as ever. This one is going to absolutely smash live.

Make sure you get on board with the Butter... this tour is creamy as fuck. And I feel like I should mention this: it's safe for those with peanut allergies. But not all that safe...