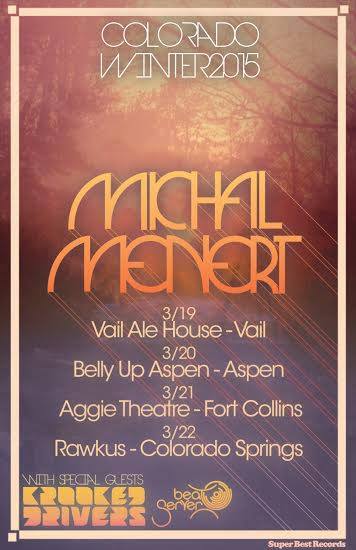 Denver's melting pot of electronic beatsmiths continues to attract talent, but over the past couple years, Donnie Dalbora and Maddy O'neal have risen above the crowd on the backs of powerful releases and high-energy sets. Krooked Drivers have filled the spaces between their primetime slots at clubs and festivals across the country with solid studio work. Last September, the duo dropped Finding The Way on Super Best Records, and the response was a feeding frenzy fueling the pair's already thick touring schedule.
Today, KD drops the remix album on SBR with contributions from Paul Basic, SunSquabi, Unlimited Aspect, and label boss Michal Menert (with a little help from Break Science's Borahm Lee), among others. Two advance remixes from Manic Focus and Marvel Years have set the pace for this massive release. A range of styles and sensibilities take the source material to new heights, and seal Krooked Drivers' status as leaders of the pack of 2015's rising stars.
Contributor to the remix album Late Night Radio heads out on the Amongst Friends Tour this spring with French duo The Geek x Vrv, and Krooked Drivers will be playing select dates along the way, but before that, Dalbora and O'neal take on a Colorado winter run with Menert through Vail, Aspen, Ft Collins, and Colorado Springs. Catch them on the festival circuit at Wakarusa, SONIC BLOOM, and Paradise.
NAME YOUR PRICE for Krooked Drivers - Finding the Way: Remixed