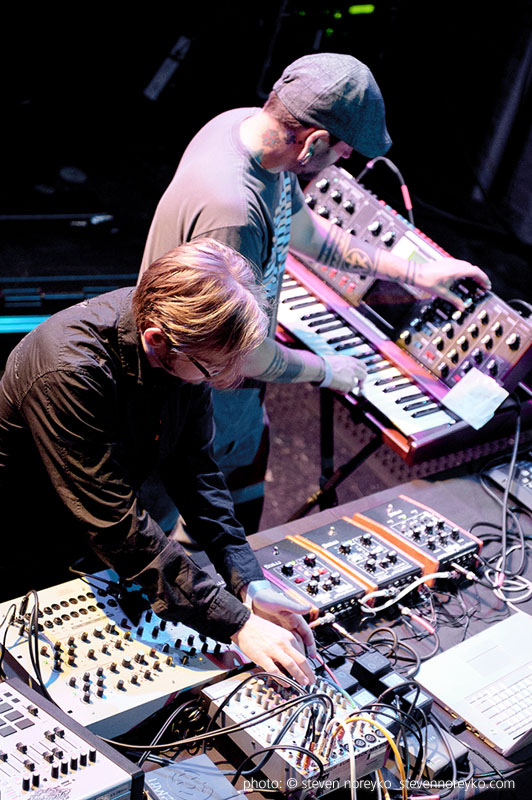 The transformational music scene has its heroes. Those who produce incredibly deep, complex music that moves the feet as well as the body and soul. Music that lasts beyond the party, and becomes a part of its fans' lives, inspiring them to do good unto others, create their own art, and change the world.

With Invisible Allies, two of the scene's luminaries shine as one, intertwining their signature crafts to lift one voice in harmony, spreading both the powerful sonic themes, as well as implicit messages of conservation, sustainability, and education.

The deep connection Bluetech and KiloWatts share brings them together in the studio again and again, creating a myriad of organic soundscapes that hum with energy and vibrance, regardless of the tempo, rhythmic structure, or melodic flavors.

Today's premiere from Conversations with Bees evokes a thriving metropolis centered around the shared hive mind, positively buzzing with activity and pulsing with life. Gradually building with Nils Bultmann's violin, the wild layering and depth of aural fieldwork by Evan Bartholomew and Jamie Watts is unparalleled. Building to an exultant climax, the patience of production and inventive placement of the most minute of sounds is thrilling to the ear.

"Bee's Longing," will be released as part of the 9-track ode to the declining population of this planet's hardest workers. The beautiful tunes, coming to us courtesy of legendary Israeli label Aleph Zero, will hopefully spread the word about the plight of bees, as well. The dangers of losing these vastly important creatures. That will make the Invisible Allies heroes not only music fans, but the world as a whole.

Pre-order the album before it's May 23rd release, and you'll get a discount from Aleph Zero!