Fewer dubstep DJs and producers are hotter right now than Michaël Bella. The Belgian wunderkind has rocketed to stardom on the backs of huge remixes and thunderous orignal tracks that fans on both sides of the Atlantic have been gobbling up like candy. Eptic recently hit 200,000 fans on Facebook, and dropped "Brainstorm" in celebration of the milestone.

Over the course of the next two months, Eptic will hit the road with Zomboy on The Outbreak Tour. Bella was kind enough to cobble together some of his biggest tracks and freshest material from his friends for a 10-minute promo mix we're proud to premiere today. He also took the time to answer some burning questions for us. Catch him on the road: grab your tickets now! 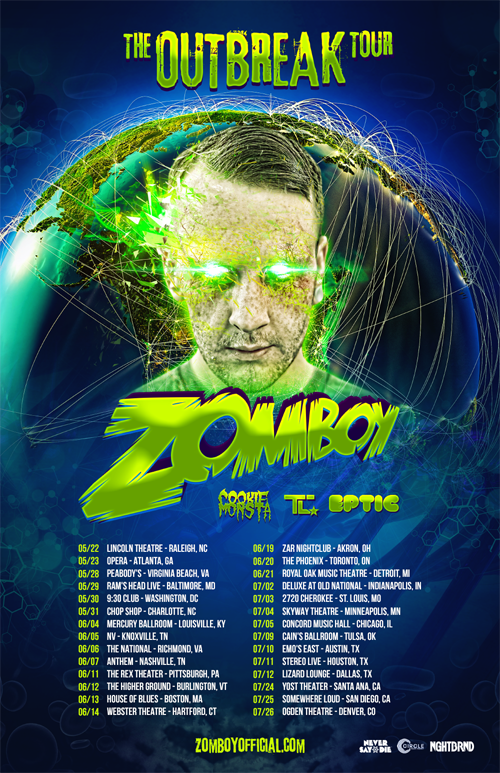 Congrats on hitting 200K Facebook fans. Is "Brainstorm" something you had been working on, or did you dream it up, high on inspiration from the fan support?

Thanks! It still feels weird to have this many followers!

I’ve been working on "Brainstorm" since about 4 months ago, I was saving it up for a future release, but when i saw the 200k mark coming close, I felt like I needed to give something back!

When you release a big mix, do you feel like you have to "burn" the material, or are your fans hungrier to hear it when you perform live?

Well, I mostly put a few really cheeky short cuts of new tracks in whenever I do a mix, just to get people excited , but not so much that they can actually get sick of hearing before it comes out.

And I always have a few unreleased bits up my sleeve whenever I perform live.

You're missing your frequent co-collaborator Habstrakt on The Outbreak Tour, and Cookie Monsta will be without FuntCase--think you two can find solace in each other? Perhaps a new collaboration will come out of that?

We’re both heartbroken and obviously don’t even want to go on the tour anymore... No, but seriously, we get along really well!

We’ve been talking about doing a collab for a long time, but we’ve both been so swamped it never really happened. I really hope the tour bus magic will help us create a beautiful bass baby. 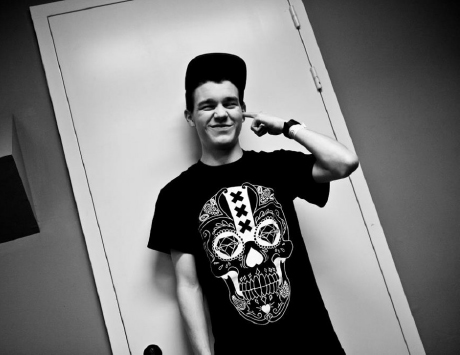 Do you find you have to adjust your sets for American fans, versus when you play in, say, Paris or Rome or anywhere else in Europe?

I do adjust my sets, Americans are way more into trap and hip-hop then any other country or continent I’ve been to so far, so I always change it up a little bit.

Now that you've amassed 200,000 loyal followers, I'm sure some crazies have come out of the woodwork. What's the weirdest thing a fan has done/offered to do/tried but was arrested in the process of doing for you? Any tattoos or Eptic-shaped cakes out there?

I’ve got a collection of pictures on my computer of everything fans have ever sent me. There’s a bunch of tattoos in there, puppets, carved pumpkins, drawings. I’ve even seen a guy who spray painted the eptic logo on the hood of his car. Think the craziest thing is this guy who tattooed my autograph on his belly.

I forgot to mention my autograph is a drawing of a lobster.