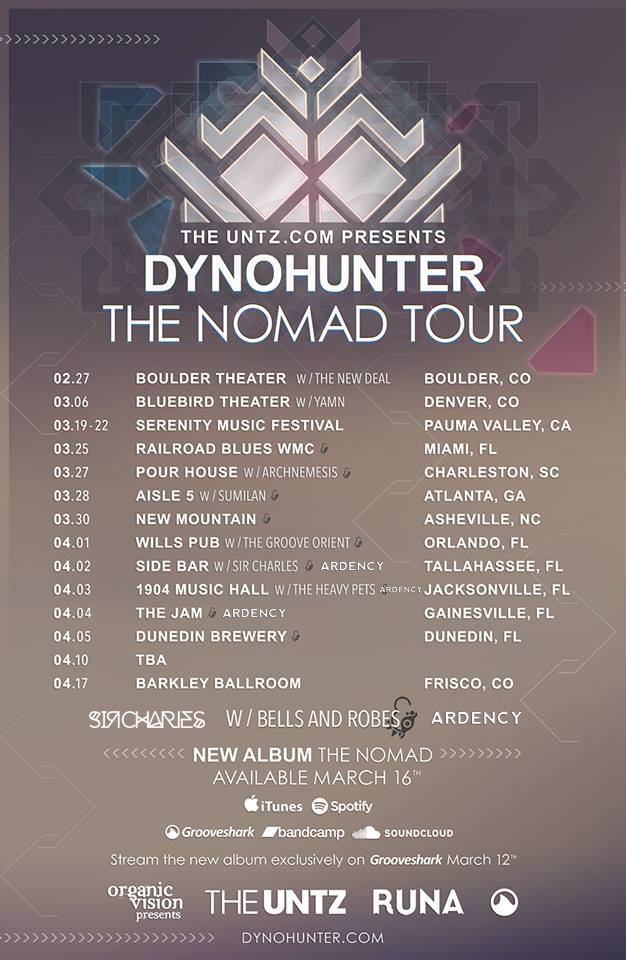 Touring hungrily and releasing new music at a prolific pace, Boulder trio DYNOHUNTER is back with a brand new album and a big spring tour in support. On March 16, the band releases The Nomad, nine tracks of dance music spanning the spectrum, and all produced in the studio by saxophonist Clark Smith, drummer Justin Ehmer, and bassist Fred Riesen.

Today's premiere, "Summoning Spirits," takes exotic melodies for a ride on a rip-roaring adventure through a blasting four-on-the-floor anthem. Combining each member's talents in a swirl of styles and soundscapes, the proof is in the pudding: these guys are never happy with sticking with the same tried and true formula--they just keep getting better and better. For those who just can't wait until the release date, you can stream the full album exclusively on Grooveshark beginning March 12, a full three days before the official drop.

The three-piece begins touring in support of The Nomad with a hometown kickoff opening for The New Deal at the end of this month. The band hits Serenity Gathering in late March, amongst a slew of southeast dates. There will also be a return to Colorado capper in Frisco to close things out April 17.