You've got this friend. Let's call him "Dave." You work together, you hang out on the weekends, you know the guy pretty well. So you think.

Then you get invited to a party with all his friends from high school. "Party Dave is here!" Party Dave? He's a pretty straight-laced guy to you. They start telling you stories about how he pantsed the principal at a pep rally. Made out with every single cheerleader junior year. Has a rap sheet longer than your shin bone.

Do you even know Dave?? 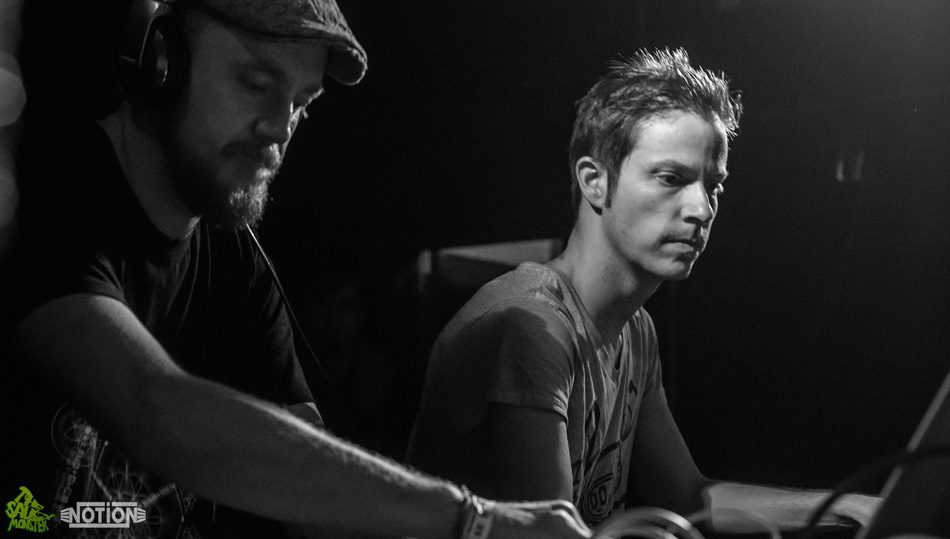 That's how we feel about Desert Dwellers. Every time we see them, every time we hear about them, we uncover this new perspective, a new fact we never knew existed.

If you talk to a yoga instructor: "Oh yeah, those are the guys that produce that beautiful, chill, downtempo sacred bass."

If you talk to the Desert Hearts crew: "Those dudes rip some gnarly house and techno!"

If you talk to a Burner: "My face slipped off my skull and into my lap during a particularly tasty psytrance set..."

Over their two decade careers, Treavor Moontribe and Amani Friend have dabbled in pretty much every electronic music style except for gabber (that we know of). The one thing they haven't done, though, is craft a truly collaborative Desert Dwellers album. That is, until The Great Mystery, which drops tomorrow (March 20) on Black Swan Records.

After all the EPs, remixes, Downtemple Dub releases, and more, this album and its 12 tracks finally represent a true joint effort by the two DJ/producers that stretches across the sonic spectrum, picking influences and elements from their many years in the industry.

Today's premiere, "The Elephant's March," is almost a summation of all of those varied sounds. Very much an organic, world foundation lays the groundwork for flavors of psytrance, downtempo, bass, and of course, house music, which claims the frenetic tempo and overall feel of the cut. 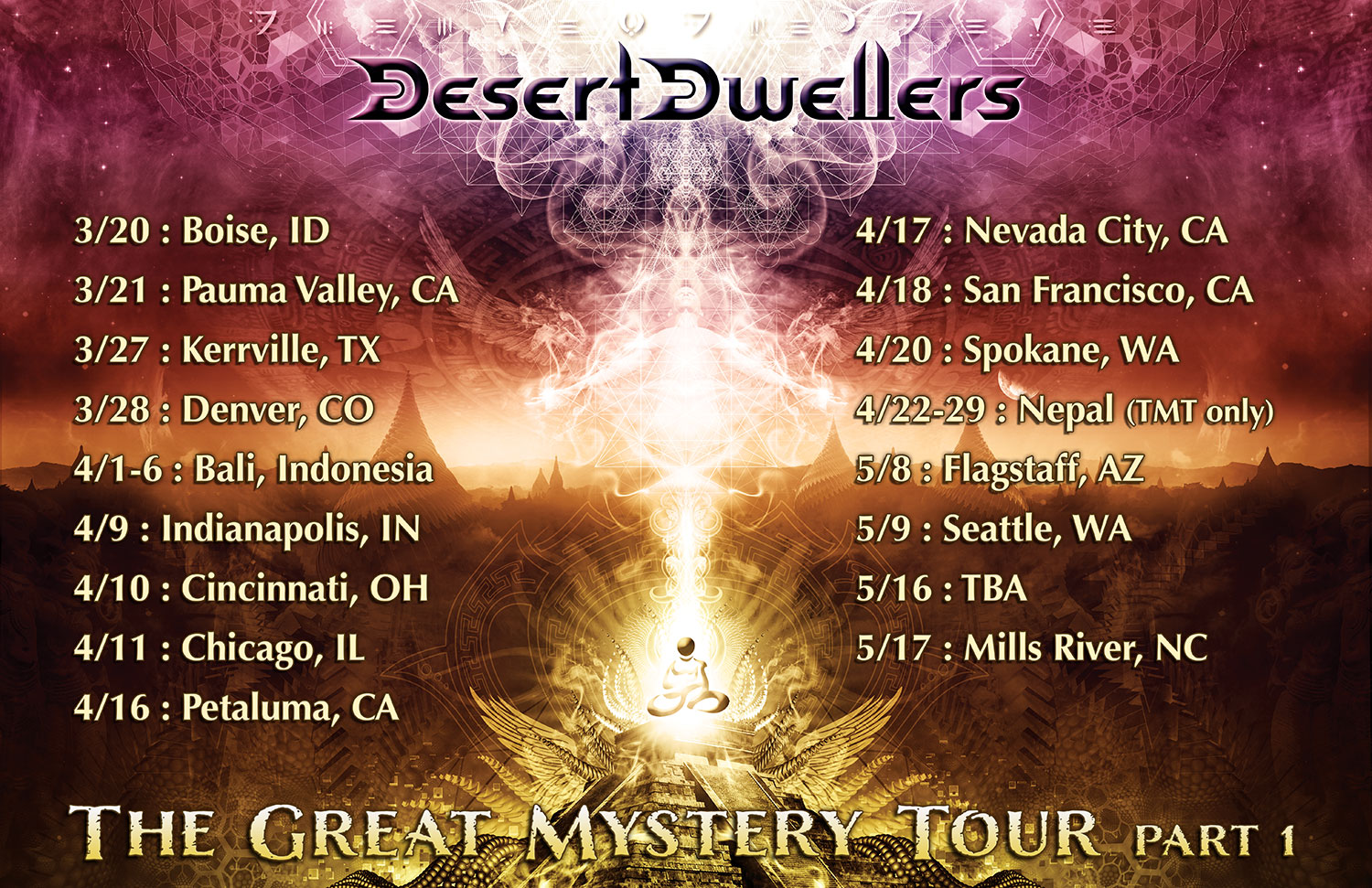 Tomorrow's album release also signals the start of The Great Mystery Tour, which kicks off at the Visual Arts Collective in Boise, ID tomorrow, and then travels to Serenity Gathering in southern California. Heads for the Hills in Kerrville, Texas, and Cervantes in Denver, CO (with Kalya Scintilla) next await the pair.

Where the duo heads next on its sonic adventure? That remains a great mystery...

Almost as much of a mystery as that Dave guy you hang out with.