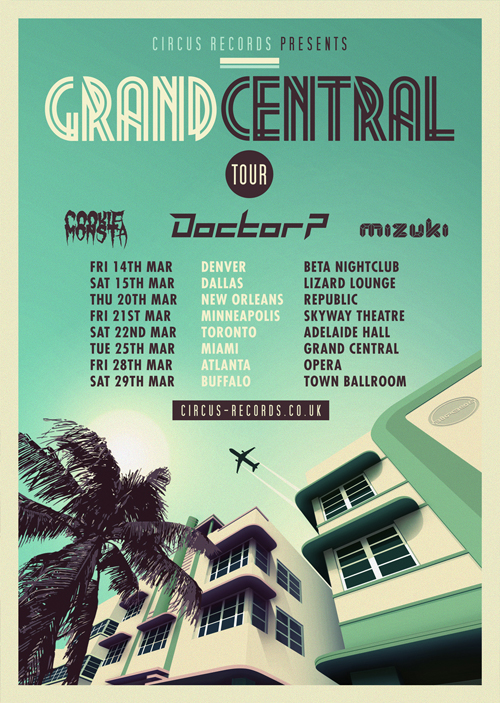 Today, we premiere dub legend Cookie Monsta's "Let's Get Wobbly." Ever irreverent, the wonky beat and far out samples underscore a bouncy groove that echoes Tony Cook's signature sound. Cookie will be joining Doctor P, Flux Pavilion, and a murder's row of Circus acts at Grand Central in Miami, FL on March 25th.