+verb continues his series of 5-dollar EP releases with Neon Comets, an intergalactic trap adventure that's worth at least a Lincoln. This effort is not as wobbly and organic as +verb's previous work. His sound is definitely caught in the trap, if a distinctively spacey trap of his own construction. +verb mixes up the heaviness of trap elements with his distinct cosmic flare; trilling aliens and trap lasers define this unique soundscape. The result is a fun foray into spaceman swag.

On the title track, "Neon Comets," intergalactic melodies are combined with trap elements like chattering snares and a stomping vocal sample, plus plenty of locking and loading and a healthy dose of those lasers. You get the feeling that you just might be cruising the dopest new spaceship through the hood. "Nother" is kind of what it might sound like when shit goes down in the intergalactic hood. Building this kind of sonic environment is part of +verb's signature sound.

"War" keeps up spacey vibe, confirming Neon Comets as a solidly future trap effort.  This track ventures into old sci-fi movie territory, with its eerie wavering synths and tolling clock intro. About a minute in it picks up some more gangsta grime. The blend of camp and crunk come together for a spooky banger.

The second half of the EP goes a little heavier, starting with "Hoodenstein." This is where the trap spaceship maybe sets down in a real life Earth hood? Gun blasts and lock'n'loads feature more prominently here, and the kicks get heavier. The journey, and the cosmic adventure, continues.

One of our favorite tracks is "Kool Aid," which sounds the most classically trap and the least like what we've heard from +verb before. He pulls it off, building a solid base of vocals, drums and guns, and really dropping into it heavy about two minutes into the track with additional high-hats and swirling synths. The lasers are still there, but they start to border on sirens, grounding them into a more OG trap sound.  If you're looking for the heaviest hitter on this EP, just reach for that Koooool Aiiiiiiiiid.

"Veins" keeps up the trap vibe to solidly close the EP.  Gotta admit though, the repetitive "yo yo yo" vocal kills us every time.  The track breaks down into a pretty chill beat and the little voice pestering "yo" is just one layer too many. We'd dig on just the instrumentals to kick back and watch a meteor shower of Neon Comets….

If you're a trap purist, you might have trouble finding more than a track or two to dig on this EP.  +verb is interpreting the style in his own way and it definitely sounds more far out than far south.  For those who are digging on that future trap sound though, Neon Comets is an enjoyable release with a well-developed soundscape and trajectory. If you're looking to go on a little sonic adventure into the trap, and the far reaches of space, give it a listen.

You can pick up the Neon Comets EP as well his previous $5 EP release Through The Looking Glass on +verb's bandcamp site. 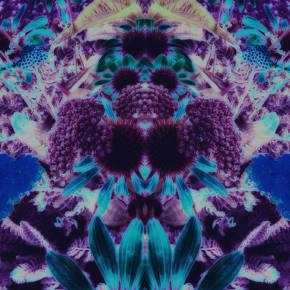 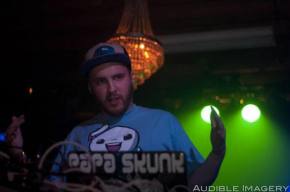 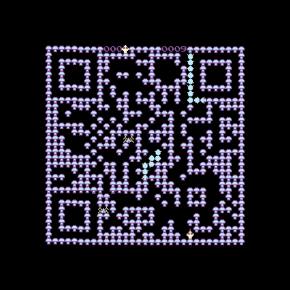 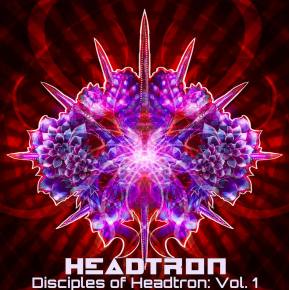 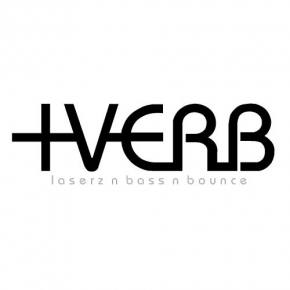