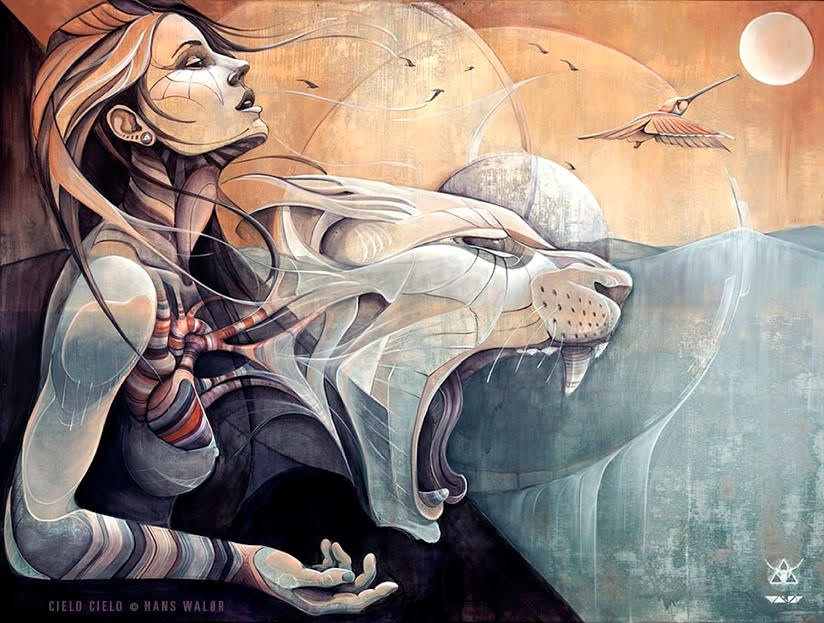 Fans have been eagerly awaiting new Phutureprimitive material for a while. On September 26, they will receive his new EP titled Flow, full of Rain's patented sexy bass music.

To tip his hand a bit, Phutureprimitive today debuts “Boundless,” a raucous romp through dark and dangerous synth territory, the bread and butter of Rain's sound.

Who better than to give us the real genesis of “Boundless,” than Rain, himself:

I came across an absolutely incredible piece of art titled “Cielo Cielo” by Hans Walor, and was so deeply moved I promptly contacted the artist and purchased a large print. While admiring it the idea came to me: “If this image made sound ... if the feeling I get from looking at it was a song, what would it sound like?”  Boundless is the answer to that question.

Shortly after, I had a cathartic and deeply healing journey with 5-MeO-DMT, led by a Shaman, in which I made the choice to fully trust and surrender to whatever the medicine and my spirit brought to me.  That piece of art was the first thing I saw when I opened my eyes, as a massively impacted and profoundly changed man. This song is also influenced by my journey out of and into myself that day.

Phutureprimitive is touring with Papadosio this fall. The Shapeshiftour kicks off this evening at Resonance Music & Arts Festival in Ohio, then continues west through September and up until the end of October, at which point Rain's Flow Tour takes over, and he knocks out more markets into December.