Euphoria Music Festival returned to Texas for its third and grandest installment last month. The annual event stepped up its game this year by moving to Carson Creek Ranch as a two-day shenanigan with an all-encompassing lineup, stellar art, and a scenic campground. This year was my first Euphoria and it was without a doubt the right time to make the growing festival a new tradition, as it still possesses a deep-rooted homie vibe that’s vastly improving (while rapidly expanding).

Euphoria’s lineup this year was the most strikingly eclectic and well curated in the festival’s short history. It included everything from EDM pioneers The Crystal Method, to smooth and sexy jam band The Motet, to hyphey trap producer Bro Safari. The lineup was so stacked that there were some seriously tough calls to make when choosing which sets to catch between three stages: the main Euphoria Stage, the unEARTH Tent, and the Dragonfly Ampitheater. While it would be impossible to see everything I wanted, I managed to squeeze a lot of amazing live music into two days of Euphoria. 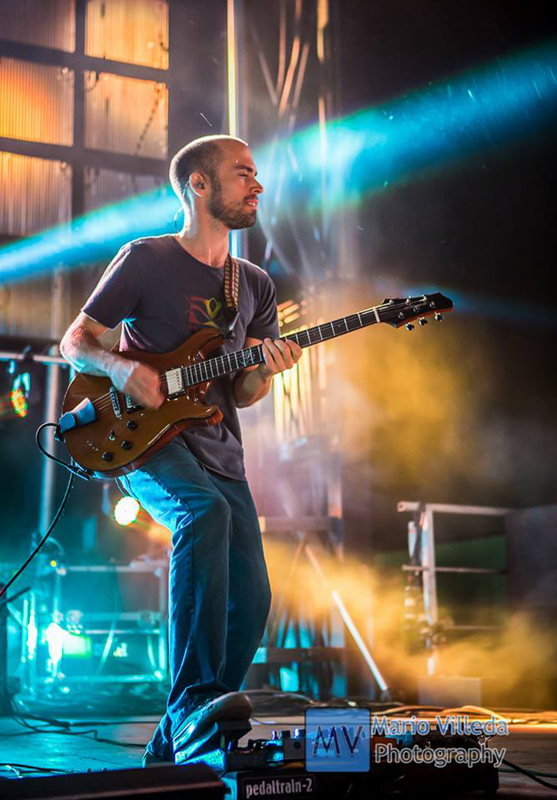 Lotus - Most Eargasms of the Weekend: Choosing between Lotus and OPIUO was a pretty tough call on Saturday night, but I can confidently say that I made the right decision by catching Lotus’ entire set. Let that stated confidence, and my actual love for Opiuo’s funky glitch-hop sound be a testament of how amazingly stellar the five-piece ensemble’s set truly was. It’s hard to find words that can do the live Lotus experience justice, but it can be described as a euphonic adventure through the sky, encased in a shell comprised of livetronica soundscapes and those notorious Lotus vibes. Its obvious Mike Greenfield, Jesse Miller, Luke Miller, Chuck Morris, and Mike Rempel have been honing their craft for years, getting lost in their soundscapes. I was well overdue for a good Lotus show, and luckily the guys murdered it Saturday night at the main stage; I’ve never had so many eargams in my life.

Bonobo (DJ Set) - Best Sunset Dance Party: Simon Green is a musical prodigy; his DJ set at the main Euphoria stage during a gorgeous Saturday evening sunset was an unforgettably euphoric moment. The Bonobo DJ set is completely different than the live band experience, as it is extremely high energy and danceable with a sort of house vibe. Bonobo’s set also included a beautiful acrobatic dancer who did tricks in the air above the DJ booth on a suspended spiral; it was an incredible sight to witness. I found myself lost in groove many times during this particular set.

SunSquabi – Best Late Night Jam Sesh: The Euphoria crowd was blessed with two full SunSquabi sets last weekend: one was Friday evening at the unEARTH tent, and the other was during the early Sunday morning hours at the groovy Music Bus. Both sets were incredibly danceable with the trio’s signature livetronica sound, but my personal favorite of the two sets was their late night campground performance; it was the right vibe to end a weekend of live music and festival culture. SunSquabi’s high-energy performances are notable, as they have been steadily touring and in and out of the studio cranking out new tunes (even with Manic Focus). As a sidenote, SunSquabi’s guitarist Kevin Donahue also played a third set with Late Night Radio at the Dragonfly Ampitheater Saturday night. 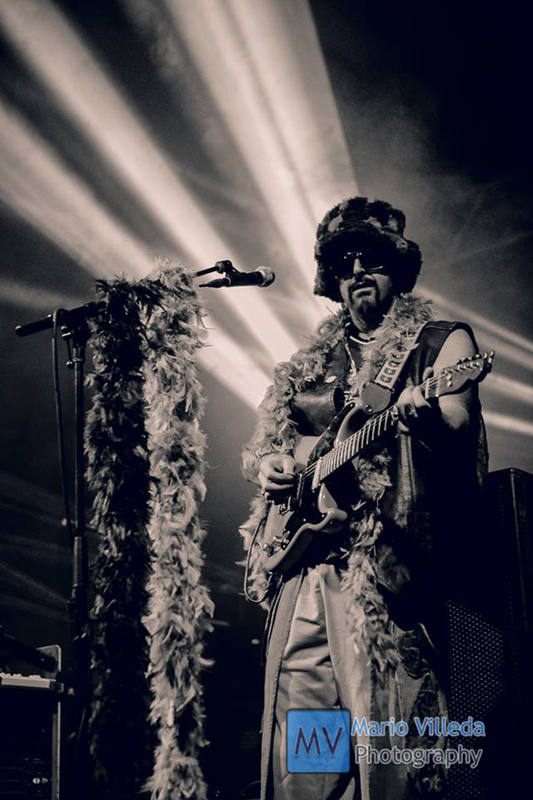 BoomBox – Happiest Crowd: I don’t regret my decision to skip out on Zeds Dead to catch Boombox at the unEARTH tent Friday night, because it was the happiest set of the weekend. Euphoria Festival was actually my first time to catch the duo of Russ Randolph and Zion Rock Godchaux live after listening to their blend of electronic rock and blues for years. Russ and Zion are two musicians who truly understand how to establish a reciprocal vibe between themselves and the audience. I was also pleasantly surprised by the house influence of their set, which kept the crowd dancing. The duo’s combination of electronic and jam elements are truly unique; this combination is the epitome of the new Euphoria culture.

The Floozies – Funkiest Sunset: The Floozies, comprised of brothers Mark Hill and Matt Hill, were the funkiest and best way to groove in Friday’s sunset at the unEarth Tent. What sets the duo apart is their incorporation of heavy fucking jam with strong whompy bass. While their recorded stuff is great, it’s impossible to understand what The Floozies are all about until experiencing one of their funkadelic live sets; I’m now hooked.

Earphunk as Daft Phunk – Best Tribute: I had to miss Earphunk’s original set Friday evening in order to catch SunSquabi, but my ears blissed out to the jam band’s Daft Punk tribute Saturday night. The band did a flawless job of honoring the electronic legends with their jam tributes, by playing a set that consisted of all Daft Punk songs. Earphunk closed out with classic Daft Punk song, “One More Time” and the entire crowd went crazy while singing along in unison; it was a really beautiful live music moment for the books. 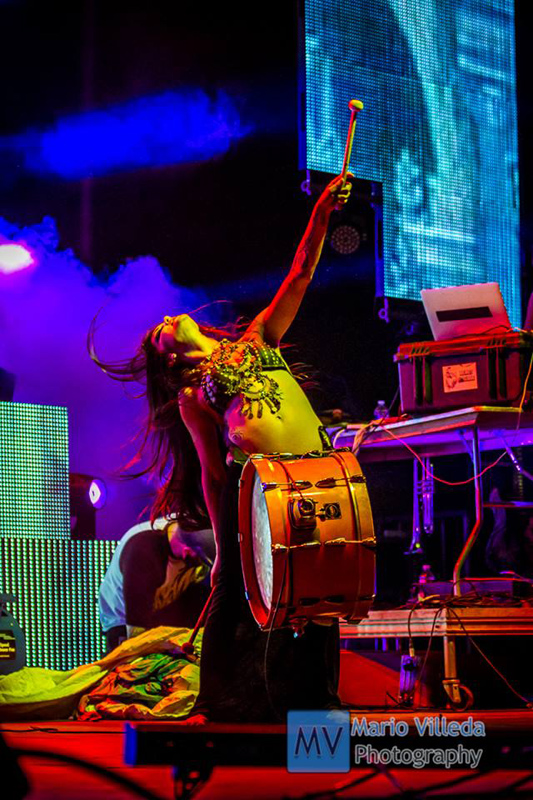 Beats Antique - Most Spectacular Stage Set: The Beats Antique live experience is a breathtaking spectacle that captivates all of the senses, and their Friday night set reaffirmed this well-earned reputation. Zoe Jakes flawlessly enticed the eyes of the crowd with her belly dance, while David Satori and Sidecar Tommy capture the ears with their unique electro-gypsy sound. I have seen the ubiquitous Beats Antique live more times than I can count, but this was my first time to catch their new show to go along with latest concept album, A Thousand Faces: Act 2. I was impressed and fulfilled as always; the trio can do no wrong in my eyes at this point.

Brede – Best Way to Kickoff the Weekend: Jesse Brede, Gravitas Recording founder, is another Austin favorite; his electronic set on the main Euphoria Stage was the first I caught all weekend and the best way to get the weekend started. His set’s reggae-dub steeze mixed with heavy bass whomps was the perfect way to get the crowd moving under the Texas sun.

Sonic Geometry- Best Discovery of the Weekend: Before cheating the camping experience by going home during the heat of the day Saturday, I made sure to catch Sonic Geometry’s afternoon set at the mesmerizing Dragonfly Amiptheater, which was located on the river. I had heard nothing but good things about the Colorado-based producer and was definitely impressed by set. It was a blast of fun, as Andy mixed in his original glitch tracks, as well as a fucking awesome remix to classic Christina Aguilera’s song “Genie in Bottle.” A combination of his sound, stage presence and the scenic Dragonfly Ampitheater background made this one of my favorite sets of the weekend.

Luke the Knife - Best Nu-Disco Set: Euphoria Festival got a double dose of Luke Miller, as he played the (above mentioned) epic Lotus set, and a nu-disco set under his Luke the Knife alias earlier in the day. LTK live is like stepping into a disco time machine, and dancing your way back home. The highlight of his set was when he busted out his nu-disco remix to Fleetwood Mac’s “Dreams”; it was such a delightful contrast of his lighthearted dance style and an emotionally classic song.

Somatoast – Glitchiest Late Night Set: Somatoast is a local glitch hero, who is swiftly becoming notorious for his exotically psychedelic soundscapes. His afterhours set at the campground lounge kept the crowd moving and getting weird into the early morning hours. The people who didn’t camp majorly missed out on this after-hours experience.

In addition to providing festival-goers with a stellar lineup jam-packed with good music, the festival had many enthralling extra qualities dispersed amongst festival grounds, creating a more interactive and encompassing festival. Everything from a free water station, to local vendors and artists, to the overall atmosphere of the location on the lake, created an unforgettably euphoric experience. 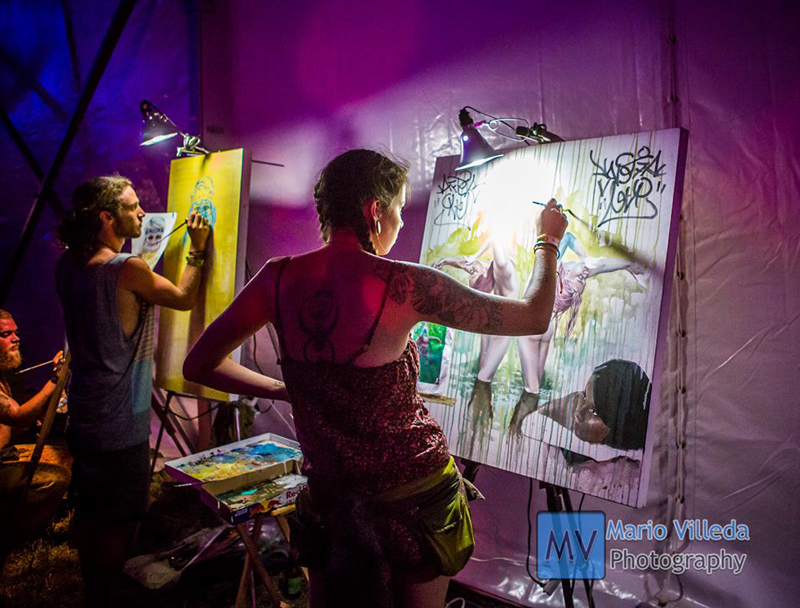 Late Night Campground Sets: One of this year’s most entertaining additions was the pure rowdy mayhem of the late night campground lounge sets, which showcased even more music into the early morning hours. There were two different options: the Campground Lounge, which featured different EDM producers, and The Music Bus, which featured live acts. The party didn’t stop after a full day of live music for campers, and things definitely got rowdy and weird during the late night sets.

Yoga Classes: Euphoria Festival also graciously provided beginner, intermediate and acro partner yoga classes. This made my inner yogi rejoice; however, Texas summers are brutal and I cheated the entire camping experience by going home during the heat of the day, so I had to skip out on yoga class.

Euphoria Festival has come a long way since its first run three years ago; it will be exciting to watch the festival grow exponentially in years to come. I think it’ll eventually become an Austin tradition as it continues to improve and grow within the music scene and festival community here in Texas.