Earlier this month, Dopapod made a stop on their 2014 fall tour at the intimate Rhythm & Brews. The Chattanooga crowd proved stronger than the cold weather, and partied like it was the middle of summertime.

To start off the night, up-and-comers TAUK played one hell of an opening set from beginning to end. The instrumental quartet, hailing from New York, entranced the crowd in seemingly endless jams that spanned every genre from jazz to psychedelic rock to funk, making it impossible to stand still.

Then Dopapod hit the stage for two sets split by a short intermission. Fresh off the heels of their latest album, Never Odd or Even, the band’s unity and chemistry couldn’t feel stronger. Rob Compa’s voice serves as the perfect accessory to their highly emotional tracks that were only amplified in the live setting. The never-ending positive vibes were felt throughout the venue, ensuring a good time for all.

Make sure to catch Dopapod on their massive winter tour, which leads to a two-night stand at AURA, and features support from Moon Hooch and Mike Dillon Band. Catch them on NYE in Worcester, MA, for an unforgettable night of experimental instrumental madness. 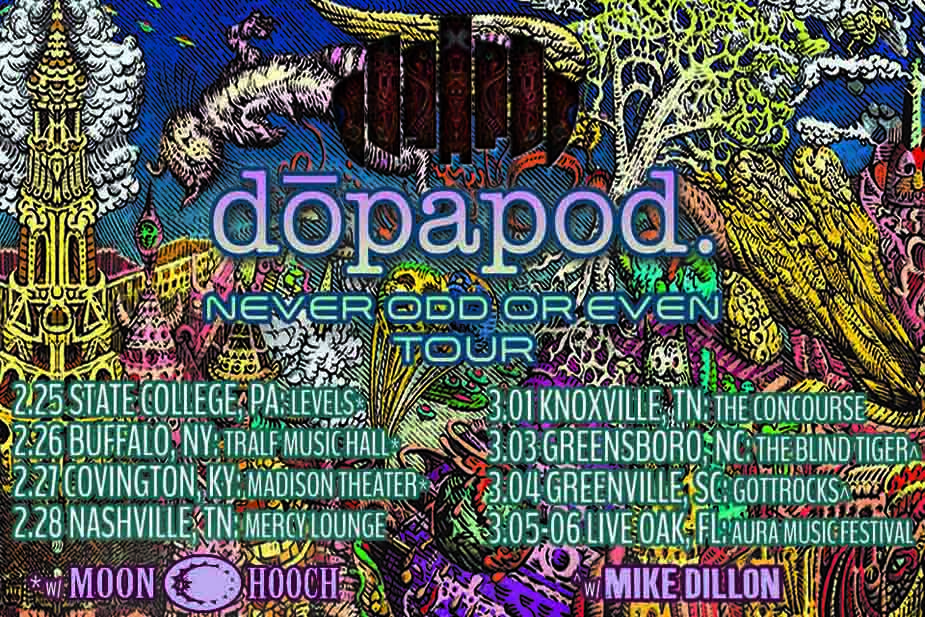