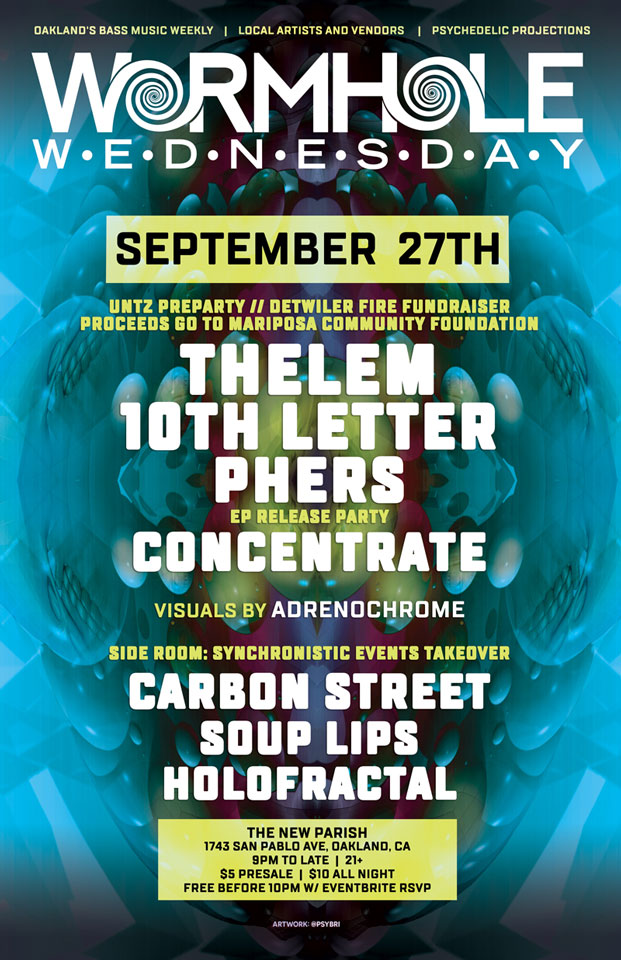 Our partners at Wormhole Entertainment have tapped another west coast rising talent for their Wormhole Music Group label. In addition to throwing weekly bass parties at The New Parish in Oakland, California, stacking up bigger shows at the UC Theatre just up the road in Berkeley, and hosting their own late night soiree at The Untz Festival, our homies have a knack for scoping out the next big breakouts and releasing their tunes.

Enter Ross McPherson, who produces and performs as Phers. The Wormhole crew has been very excited about McPherson's development as an artist, and is thrilled to be releasing Carbon Dating on September 26. The four-track EP has a ton of hard-hitting west coast bass, but the track that really caught our attention was “Succa,” a snarling, head-nodding tune with a lazy flow that catapults into a full-on banger with some high-class wobbles.

What makes this Phers release every more exciting for us is that his album release party coincides with our own festival pre-party on September 27th. More than a pre-party, this show is a benefit for the people of Mariposa, California, the home of our festival, which was affected by the devastating Detwiler Fire that raged through the Yosemite Valley a month after our event concluded. Phers is on the bill for the evening, along with Thelem who played the Sub.mission early arrival party in the Wormhole room back in June, so it's all connected. Please help us support our community—they've been so amazing to us, we want to help them right back.

A portion of the proceeds from the evening will be given to the Mariposa Community Fund, and if you're not in the area, but you still want to give back, you can donate here: paypal.me/theuntz and that money will go directly to those who need it. Check out the Facebook event for our Wormhole Wednesday party, and come celebrate the release of the new Phers EP.