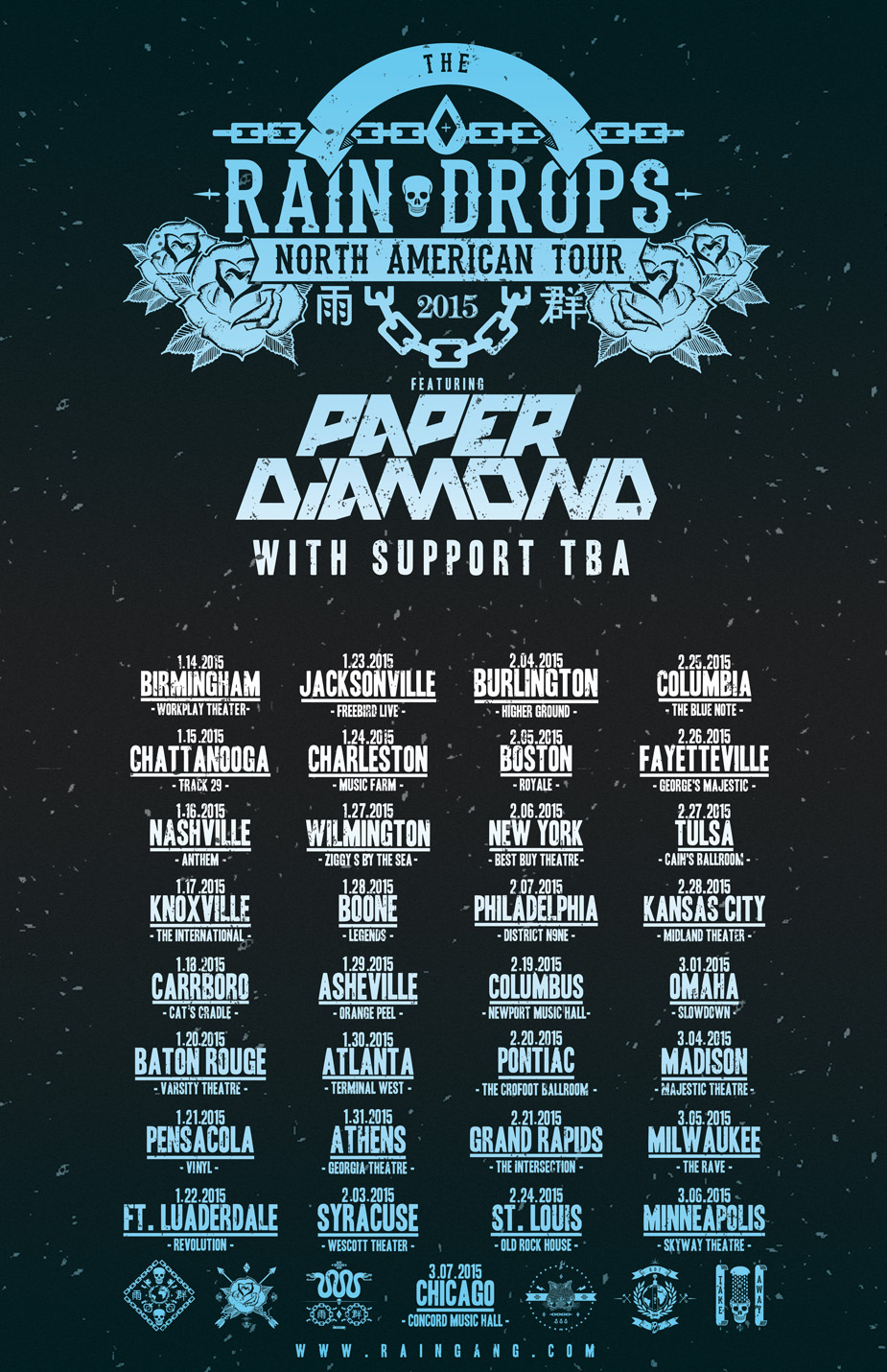 Alex Botwin is back, and he's busier than ever. Paper Diamond this week revealed his 2015 Rain Drops Tour dates. He's hitting 30+ cities from January to March, and he's covering as much territory as he can, creating art, music, and mayhem wherever he goes. Botwin also announced his latest EP, Rain Drops, which will hit digital shelves this spring, and fans can join the Rain Gang, which pushes creatives types to keep creating. That's the takeaway from this tour, and it's coming your way.