Mishawaka Amphitheatre in Bellvue, CO, or "The Mish" as it's lovingly called by Coloradans, hosted Ott's album release party on August 14th. Opening acts Templo and Kaminanda graced fans with their sounds and warmed things up on an already balmy evening.

Templo, a regional fan favorite from Denver, CO opened the show with his downtempo/triphop set. The audience was awed by his personal hooper, who periodically came out to dazzle.

Kaminanda's set was magical, with support from lightning flashes darting across the sky from a nearby storm set against the backdrop of the mountains behind him. His set lured the people to dance around the stage in mystical fashion. You can almost say that Kaminanda has his own specific sound, with his psy-hop infused shamanic dub.

Ott took the stage, as the crowd roared with enthusiasm. His new album, Fairchildren was released on the 11th of August, and you can read our review here. Ott funded Fairchildren via Kickstarter--proof that his fans are rabid enough to support both his studio and stage performance. Classics seamlessly danced with cuts from the new record, and fans soaked in every glorious note.

You can catch Ott again on October 8th at the Fox Theatre in Boulder, CO with Plantrae, or wherever across this fine nation you might find the tour. 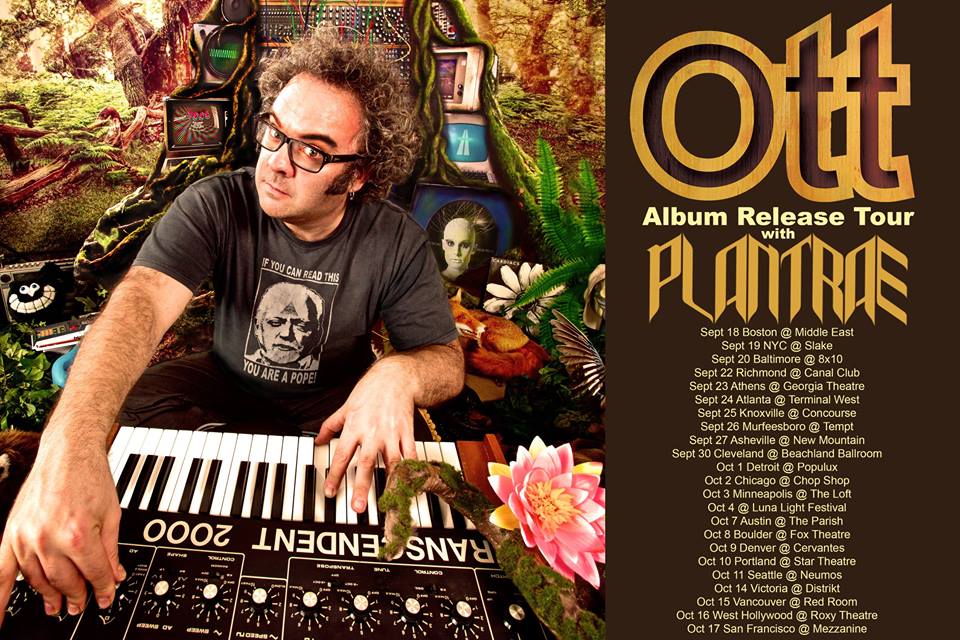