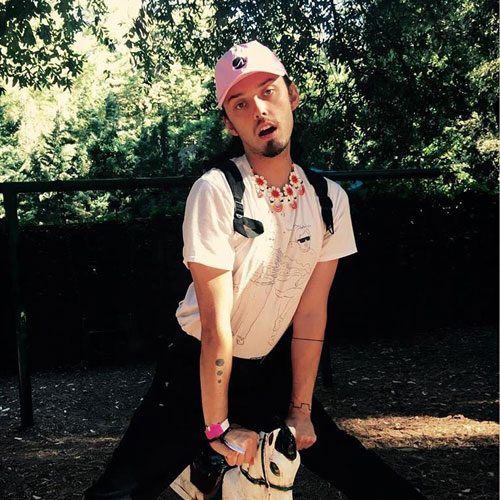 The west coast sound has been dominating the bass world for quite some time, and there is no denying that and as of late Angel Rubio-Hale has been pushing the envelope consistently.

Hailing from the Bay, another prodigy from the capital of crunk, Oakland, ONHELL’s latest remix of Yo Gotti’s “Rake It Up” has been getting everyone riled up. With a twist on old school hip hop and rap, ONHELL has drawn in influences from a multitude of timeless genres and produced them in a way that sets his style apart from the rest.

To show off his range, his latest tune with Sigrah, “On Sight,” is a junglists' desire out now on Astrophonica vinyl alongside Sam Binga and TASO, among others.

Rubio-Hale is taking his music to the next level and is making a lasting impression. Appearing on massive lineups, including Croatia’s Outlook Festival and Shambhala, ONHELL has been showcasing his talents in a big way.

His music is dark, in the most refreshing sense—focusing in on experimental, super heavy bass, and adding his own zest that makes you want to get down and rage. For your chance to see what he can do, catch ONHELL in NYC for New Year’s Eve at TIME + SPACE, where he is sharing the bill with bass legends like DMVU, sfam, and Bleep Bloop.