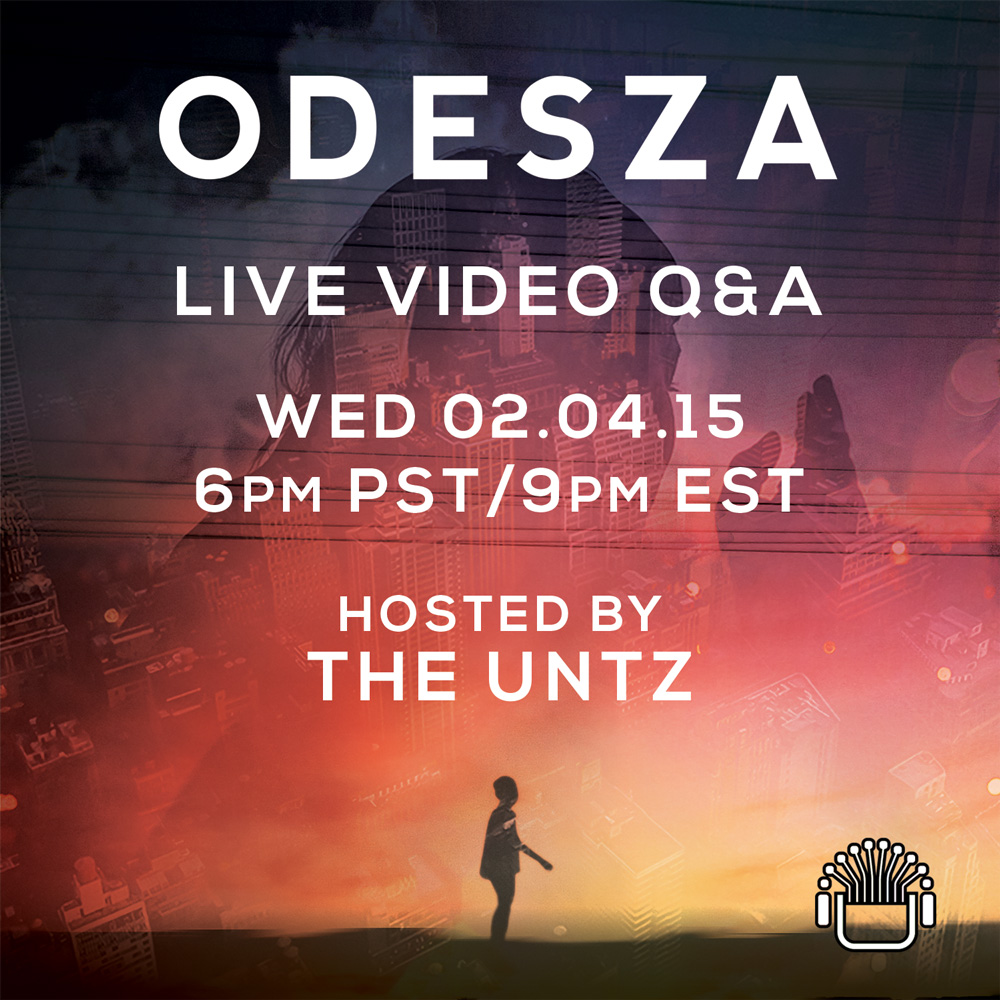 When it comes to success stories in the electronic music industry, nobody has enjoyed the kind of trajectory ODESZA has had over the past year. We ranked them #1 on our list of Breakout Artists of 2014 for a reason.

Already in 2015, Clayton Knight and Harrison Mills have slated sets at the biggest festivals in the country (Bonnaroo, Coachella, Hangout, and Governors Ball, to name a few), as well as announced a headlining date at the famed Red Rocks Amphitheatre in Morrison, CO on May 26th. These monster festivals cap an impressive spring tour that continues to sell out dates left and right. The tour is the second leg of the duo's In Return run, which follows last fall's smash sophomore album release of the same name on Counter Records.

But Odesza has blown up so quickly, fans are left wondering just who are these guys behind the blur of drumsticks, strobe lights, and the wild stage show. Now's your chance to find out more. On February 4 at 6pm PST / 9pm EST, Harrison Mills and Clayton Knight will join me for a live video Q&A. You can join the conversation by tweeting your questions with the hashtag #AskOdesza, and I'll make sure the best ones get asked and answered.

Come back to this very page on February 4th at 9:00pm Eastern, 6pm Pacific to watch our discussion live!