If you’ve been following Dutch electronic music trio NOISIA for the past few years, you may have already heard their debut full-length album, Split the Atom, released via their own Vision Recordings label in 2010. Which may prompt the question: Why the Feb. 27 re-release?

Split the Atom: Special Edition merges the original album with two recent NOISIA tracks and 11 remixes by electronic producers from around the globe – including L.A.’s Kill the Noise, British duo 16bit, and Canadian producers Excision and Datsik. Then, there’s deadmau5, who actually inspired the album’s reissue and who’ll be releasing it on his label, mau5trap.

Back in 2010, NOISIA – comprised of Nik Roos, Thijs de Vlieger, and Martijn van Sonderen – were widely praised for Split the Atom, an album marked by its genre-defying approach to drum ‘n’ bass. This time around, listeners will get to hear those original tracks, as well as the remixes they inspired. In short, Split the Atom: Special Edition delivers 32 tracks and nearly two hours of diverse, compelling, bass-heavy electro.

“Machine Gun” bookends this deluxe reissue, with the original track kicking off the album and a 16bit remix serving as its grand finale. NOISIA’s “Machine Gun,” marked by edgy synth beats and driving percussion, announces the trio’s arrival in a big way. But 16bit gives the track an anthemic makeover – its bending bass lines and action-packed effects will send listeners into an electronic battle zone.

“My World,” featuring Giovanca, is another standout song that’s given a new life on this album. While Giovanca’s beautiful vocals and a trip-hop beat fuel the NOISIA track, Posij’s remix gives it a sinister sound, positing it as a duet between Giovanca and a warped, demonic version of her vocal sample. The growling voice alongside Giovanca’s, plus the track’s heavy bass lines, turns “My World” into somewhat of a Beauty-meets-Beast dubstep tale.

Title track “Split the Atom” gets an outstanding transformation by Australia’s “queen of dubstep.” Kito’s edit alternates between melodic synth buildups and drum and bass-heavy drops, while quirky, chopped samples throughout unify the remix.

One of NOISIA’s two recent tracks included on the re-issue is the memorable “Tommy’s Theme,” which begins with melodic strings and a choir-like sample, before dropping into warped bass lines and hard drum beats.

Although Split the Atom: Special Edition serves to remind listeners of NOISIA’s previously released tracks, it will also allow them to hear those songs re-imagined by a slew of talented and diverse producers who’ve lent their creativity and talents to NOISIA for this special re-issue.

Don’t miss the digital release, available for download on Feb. 27. 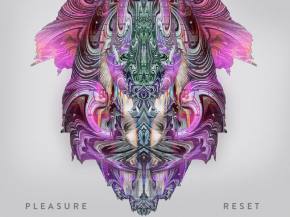 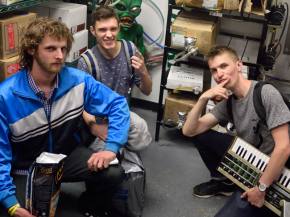 KOAN Sound sits down for a rare interview, heads up Infrasound Equinox