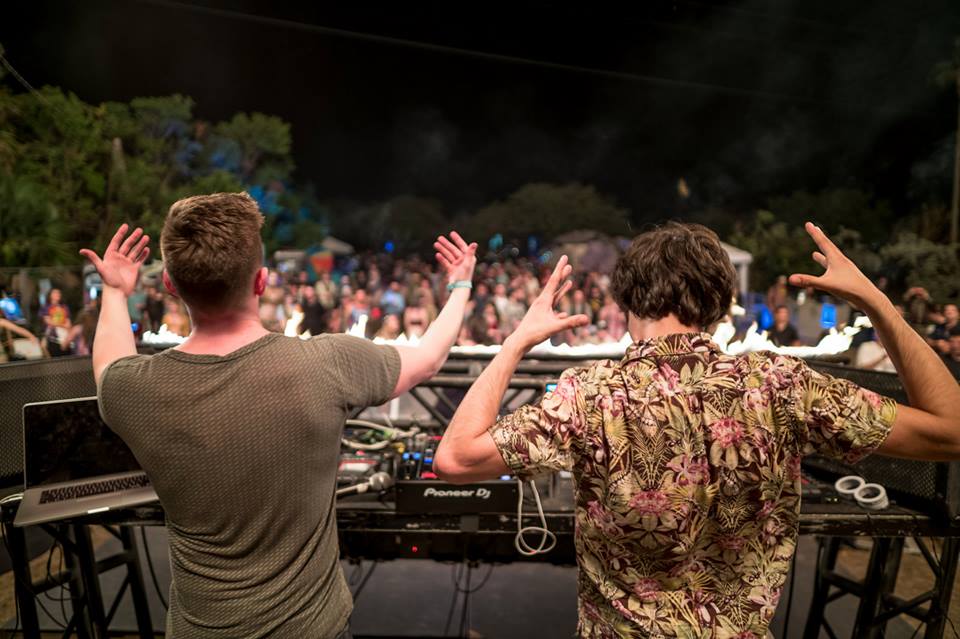 Something's brewing down in Florida. No, it's an early summer tropical storm, but it's certainly making the walls shake. Rohan Bhatia-Newman and Benjamin Ricketts have developed something of a sinister sound in Nocturnal Status. Blending classic bass lines and structure from early dub with contemporary flavors, this high-energy duo has gained some momentum in the southeast.

Meanwhile, upstart DR.EZ is gaining traction in the mid-Atlantic, where Nocturnal Status calls home. Daniel Dresner has joined forces with the duo on a collab EP slated for a May 8th release on our homies' label, Wormhole Music Group.

Today we premiere the title track from, In The Building, which pits growling low end with intense, glitchy chops. There's a real clean vibe and patient pacing in this track, as well as the rest of the three track EP. This is going to elevate everyone's brand, significantly, especially riding the wave of releases Wormhole has supported.