This week marks the 2-year anniversary of NiT GriT's explosion onto the music scene. Since the release of his debut EP Pedro The Destroyer (December 2009) and his eponymous album (January 2010), he has successfully carved a niche for himself in the highly populated DJ scene, producing a wide variety of bass-related beats. With plenty of experience, Danny Beall continues to impress as he masters yet another genre of electronic music. While maintaining traditional bass components, the producer justifies his ability to think outside the box with his latest creation, "The Mechanism Of Control." The dubstep-friendly, IDM track layers high pitch vibrations with chilling, aria vocals and spellbinding lyrics.  The rest of NiT GriT's previously released music, is available for free download on the artist's website. 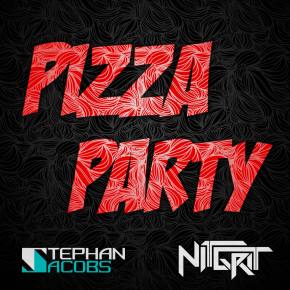