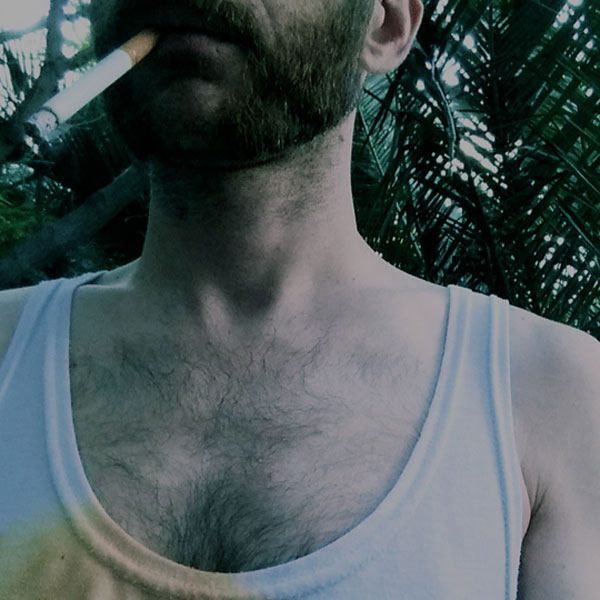 If you ask Jasper Reeder himself, he'd probably tell you he's been kicking around the underbelly of music industry for the better part of a decade, which is mostly true. Banging out bit-crushed computer noises in swampy basements and circling the globe on the backs of cutting-edge sounds that never seemed to find their way even remotely near mainstream audiences, things have changed over the past few years.

We first discovered NastyNasty alongside Salva, epcot, EPROM and the rest of the FRITE NITE crew let's call it 5 or 6 years ago. Now, Reeder's got a whole new crew in the Saturate Records set, starring the likes of G Jones, Sayer, and Conrank. While many of the acts who rose to prominence on the coattails of big, brash dubstep back in 2010 are circling the drain or already out, NastyNasty has found a whole new audience, and his always off-kilter sound is now more mature than ever.

To quote Reeder, his oeuvre has shifted from “emotionally distressed to mentally disturbed,” but your music would get a little dark if you ended a relationship, your parents separated, and you lost both grandfathers all while battling addiction and depression issues during the conception of the new album. 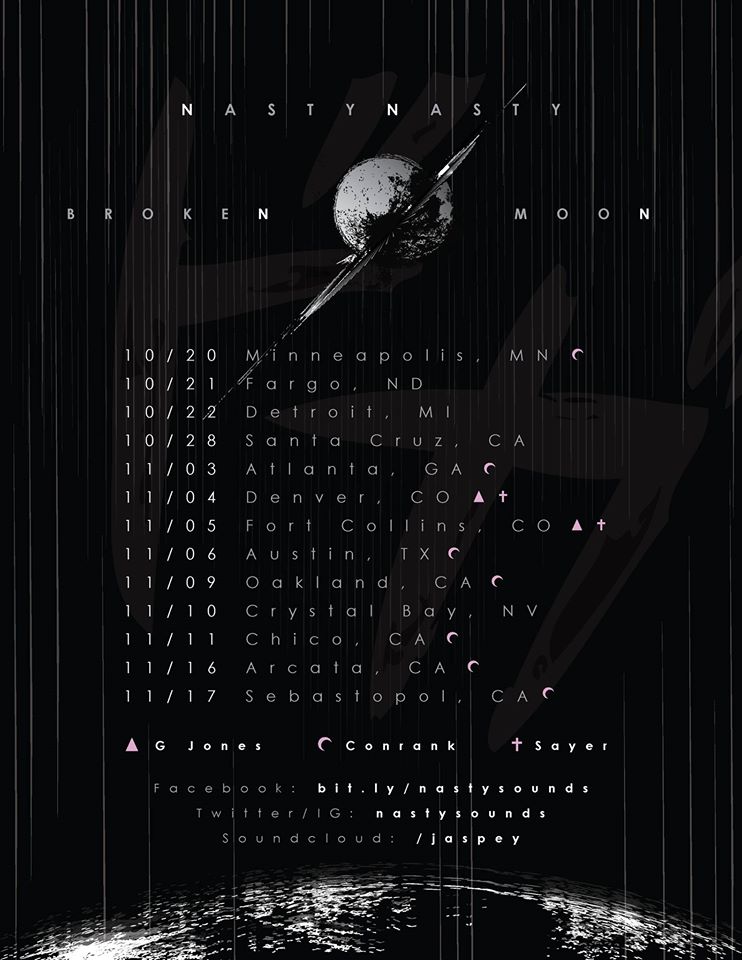 Broken Moon is an attempt to clear the slate completely; erase the old orbiting satellites hurtling around an imploding star by smashing them to bits. You can hear the punkish, angsty slashing of ages old tropes and melodies across the EP, but more importantly, this isn't teen angst. This is the emotional wreckage of a much wiser man.

“Trash Mouth” contains the emotional density of a collapsing black hole, but the aggressive, angry kid is in there ripping all the heads of his sister’s Barbie dolls (not saying that Jasper did that—I don't even know if he has a sister, but you get my point). Grimy and rough around the edges, this is classic NastyNasty; experimental sonic musings for the left-field fanatic. Of course, Reeder’s playful side shines through, otherwise we’d be more concerned about his wellbeing than excited for the EP’s release (which we are).

Jasper Reeder has an extensive tour planned to coincide with the release of the record. Hitting the road with the aforementioned G Jones, Conrank, and Yheti, there will be plenty of nastiness spread generously from coast-to-coast this month and next.