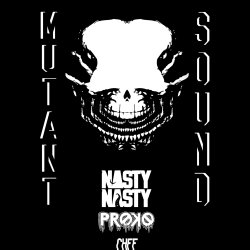 Fuck a remix. Jasper Reeder went in for a suplex on Kendrick Lamar's “HUMBLE.” Fast becoming a peak-hour slayer for slimepunk producers and DJ's across the country, this NastyNasty remix has been sought after since spring, and it's all yours, now. No more DM'ing your favorite acts begging them for the WAV.

NastyNasty hits the road soon for the Mutant Sound tour featuring PROKO and Chee. It will be the latter's debut appearance in the States, but for the former, Troy Prokopowich, it's business as usual with his close friend and tour mate, who have released collabs in the past and graced our stages at The Untz Festival this past June.