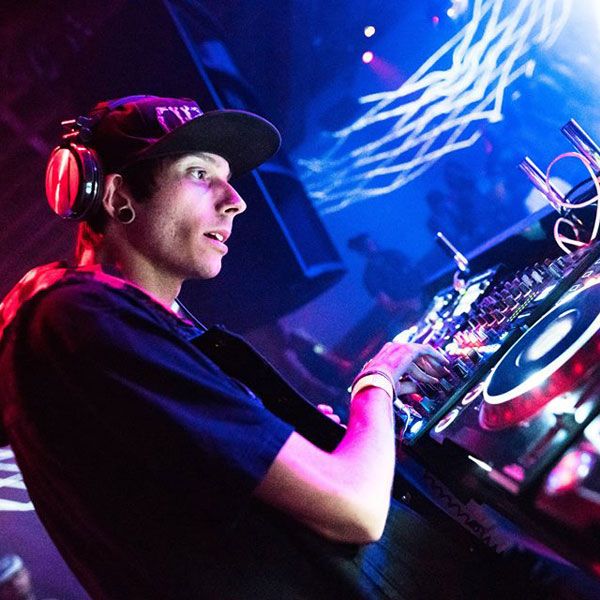 This week’s Thazdope Records drop is the Ludum EP from MurMur. The word “ludum” means “game” in Latin and, appropriately, all the tracks are named for characters from video games.

The opener, “Hiva,” is a blistering brostep monster that drifts into full-on hardstyle. There are influences of electro and a vocal pad that keep the song fun despite the ridiculous and furious drums. This song is a banger in every sense and is likely to start to turn up in mainstream dubstep sets at a festival near you.

“Liberty Prime,” named for the 40-foot-tall robot in Fallout 3 and 4, is a goofy electrostep track featuring robotic, almost retro-scifi vocal samples which may or may not be from those games. I was an OG Fallout player and never picked up the newer ones, so I don’t know. The track is lighthearted and entertaining, but lacks the cohesive energy of “Hiva.” It feels like a collection of good sound design cleverly glued together, but not really a cohesive piece of music. Again, there are moments of hardstyle that leave me wanting more and the dubstep is headbang-worthy, but I can’t help feeling that I should be doing something else while listening to this music. Playing StarCraft, perhaps.

“Tychus,” presumably named for the hero from the StarCraft series is a well-defined and determined track that forgives all former offenses by dumping the listener straight into choppy, hyperactive dubstep that thrills the ear.

The phrasing and pacing of the track is eager yet balanced, and easily reminds the listener of early Datsik. This track is brostep throughout and never departs from the genre, which works to its advantage. It’s not breaking any boundaries, but it is very good brostep and showcases MurMur’s talent in a way that is sure to turn heads, even as they bang.

It’s clear that MurMur draws his influences from a variety of genres, and he’s well-skilled as a sound designer and producer. I would love to hear him dive deeper into his hardstyle or trance influences, and create some really interesting compositions. Right now, he’s pulling some great ideas out of his bag of tricks, but I’m confident that he can develop a much clearer voice over time. Song structure, sound design, and good mixing are all present in the music and I’m already looking forward to whatever he cooks up next.