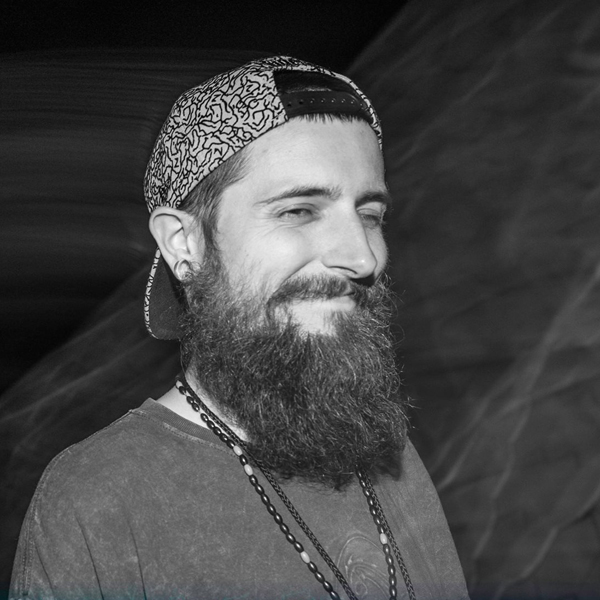 It is indeed an art to be unassumingly rebellious; fervently relevant to the times. To do this with a certain sensitivity and empathy is in my opinion a sign of true artistry. Ohio native Stephen Strohmenger, who fans in this scene know as Mt. Analogue has a knack of talking about everything and nothing, perhaps at the same time; and stringing together seemingly arbitrary words into a message with substance.

Survive, his fifth electronic/experimental hip-hop release (which comes to us courtesy of  his toortous brand), is an empowering one, preaching a fine balance between autonomy and inclusiveness. His eccentric storytelling is pleasantly unpredictable and exciting, and supported by intelligent inobtrusive production explores the shallowness right to the depths of (human) nature, metaphysics, technology, culture and civilization, and possibly what it means to exist in today's world.

His beautiful thought process is buoyed playfully by a carefree flow, innocuously traversing back and forth between a healthy array of moods and references ranging from religion, the human body, the seemingly banal, emotion, and philosophy. Through this process he gently reveals the fabric of reality itself through his music, weaving together a surrealistic comedy, satire and tragedy into a beautiful tapestry of honesty.

The message here is clear indeed. Our time is limited and we must take advantage of the moments we are given. Stay in the now, and focus on a path that directly impacts the struggle of dark and light in a positive way. His work on this album hopes to encompass some of the struggles that come along with following your goals and dreams. How we all struggle with figuring out how to find a balance between our passions and the barrage of obstacles life can throw at us. Dealing with negativity, limitations, be it physical, or that of time, resources, or being a victim of ourselves or our circumstances.

Strohmenger says “I grew up in a home that was very open to exploring religion and metaphysics, and I am super grateful for that. I've found all religions have something spiritually valuable within them, and it's really important to remain open to new ideas and ways to look at the human experience. We are all on this floating space rock together trying to make sense of a very chaotic and fun dimension.”

All of this points to a person confident in his self expression through seemingly unrelated things, and sooner or later it hits you, that it’s all in fact connected.

“Lyrically, I wanted to shine light on an ever morphing state of hypocrisy based on monetary/ego/status gain that has infected humans as a whole. Humans are perhaps the most social animals on Earth, and it's hard to watch how our paths can be dictated and manipulated by others money or power. Utopia is fundamentally unobtainable, but in the never ending flux of light and darkness, we play a role in deciding where the balance rests.”

It's my favorite album of his yet! (Yes I devoured all of them upon discovering Mt. Analogue.) The tracks “Patterns” and “Time” warrant repeated listens, as I did, and the only regret I have is that they are not longer! That being said I sincerely look forward to his upcoming music and wish the best for him in terms of love and succes.

Mt. Analogue is performing a set with Yheti and Toadface at The Untz Festival, which returns to Mariposa, California June 1-3, but I urge you to catch him whenever he comes anywhere near you.