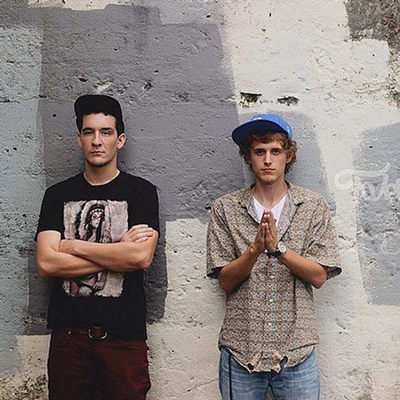 Our hands get a little shaky every time we think of the influx of young talent headed towards The Untz Festival in early June of this year. The unholy glut of experimental producers namechecked on our flyer is enough to make us have to pinch each other for a reminder that it is all too real.

One of those hot young commodities is Knoxville's Moniker. The prolific duo of Brandon Reid and Jacob Tullos has been churning out a brand new banger each Monday for a number of weeks straight as part of the #MonikerMondays takeover. Having paired with ShadowTrix Music and Saturate Records along the way, the boys have officially allowed The Untz to jump on board and tag along for the rest of the series—so expect your Mondays to suck a great deal less.

This week, Tullos and Reid unleash “Trust That,” a fiery bass anthem with a wonky personality. Full of abrupt stops and powerful subsonic synth blasts. This mechanized beast is a high-caliber low end weapon that is without a doubt murder on the dance floor. Casually chucking out these jaw-dropping hits one week after the next shows that these two have much more stashed away and have no problem knocking out track after track.

Moniker hits The Untz Festival in Mariposa, California as part of the ThazDope Records family, alongside smith., Alejo, Psydell, Aplsoz, and so many more. This powerful crew is without a doubt going to blow some minds when this festival finally hits northern California this summer. Make sure you're on board. Tickets are moving.