Attending concerts on a weeknight is never an easy task. Especially if you work 40 hours a week, go to school, or simply live hours away from the venue. However, when Modestep treks their way into your home state with Mimosa, all bets are off. Tell your boss you’ve caught a terrible flu, let your teacher know that class tomorrow just isn’t happening, and than make haste to the show. The Roseland Theatre was filled with die-hards fans who couldn’t wait to let loose, thanks to the good people at Abstact Earth and Soul’d Out Music Festival.


After DJ Muggs (of Cypress Hill fame) warmed up crowd’s loins with a hypnotizing set, the boys of Modestep took to the stage. The London based quartet aren’t just producers, they’re rock stars in every sense of the word. Heavy is all they know, and their metal-esque performances incite mosh pits, crowd surfing, and wild moments each time they light up a venue. Modestep instantly proved they were ready to get rowdy, unleashing crowd favorites from Evolution Theory like “To The Stars,” “Praying for Silence,” “Freedom,” “Feel Good,” “Take It All,” and “Another Day.” The dance-floor erupted in unison with each hair-raising anthem, singing along to Josh Modestep’s carefully penned lyrics as the rest of the band busted out stunning guitar riffs and full-throttle drum beats. Next up were ubiquitous cuts and vocal melodies from Benny Bennasi, Skrillex & Nero, The Prodigy, Major Lazer & Flux Pavillion, and Knife Party, along with crowd-favorites from the group’s own collection like “Show Me A Sign” and “Sunlight” to close their set. Nobody amalgamates heavy metal with volcanic dubstep/D&B beats like Modestep, hence our reason for seeing them over and over again. 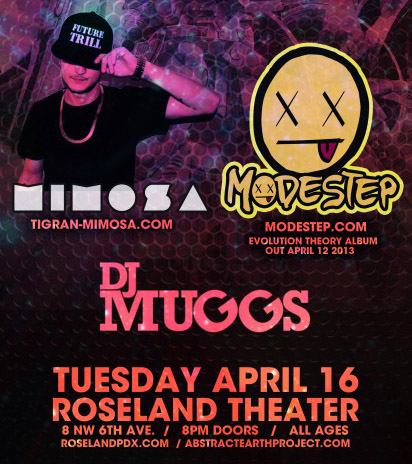 Following the aforementioned carnage of unrelenting bass, TigranMimosa stepped up to the decks. The California trill master was looking fresh as ever, sportin’ a snazzy tie, suave-ass sweater, and his hat appropriately tilted to just the right angle. Mimosa quickly made the difficult transition from Modestep’s fiery instrumentations to his trapped out creations, filling The Roseland with enticing tunes from Future Trill Vol.1 like “SWRV” and “Rollin Up.” Although about 30 minutes into his set, one thing became undoubtedly clear to the crowd: Mimosa’s style of performance has drastically changed over the years. Certain attendees seemed confused or even distraught by the shift, while others ate it up like apple pie on the 4th of July. Nevertheless, Tigran kept truckin’ on with dance-floor ready thumps from Skrillex & A$AP Rocky, Carnage, and TNGHT, alongside classic hip-hop vocals from Ludacris and Schoolboy Q.

1. The crowd aggressively singing along to “Smack My Bitch Up” during Modestep.
2. Mimosa dancing uncontrollably throughout each song.
3. Random fan jumping on stage during Mimosa and attempting to stage-dive, before abruptly getting kicked off before his descent.
4. Modestep forcing the entire crowd to sit down during “Sunlight,” than yelling at them to jump up before the drop.
5. Josh Modestep professing his love for the US and the incredible six-week’s they’ve spent touring North America.

Modestep and Mimosa turned an otherwise dull Tuesday night into an unforgettable memory, lighting up Portlandia with pulsing bass and trenchant vocals. The Evolution Theory tour is all but over, and now we patiently wait for more Modestep. Fingers crossed! 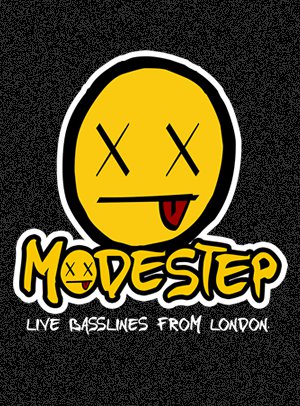