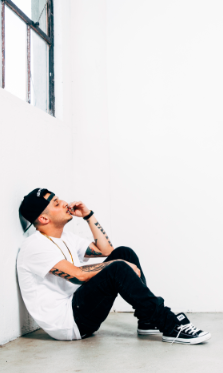 Where's trap music without UGK? A lot of today's EDM fanatics couldn't care less about the pairing of the late great Pimp C and his brother in beats Bun B... but MiM0SA does.

Armed with a briefcase full of cash and a harddrive stocked with sonic sketches, Tigran Mimosa set off for Houston determined to track down the remaining member of UGK, and craft what would become the lead single for Future Trill Vol 2, the successor to the original collection he introduced last year, forthcoming on his own False Idol Musik.

A nod to the Port Arthur, TX sound that gave rise to the trap music movement, this straight-ahead banger reinvigorates the old rap roots that have rusted into disrepair.

The man loves his history, and gives credit where credit is due, which is great sign not only for the album, not only for its producer, but also for the scene as a whole.