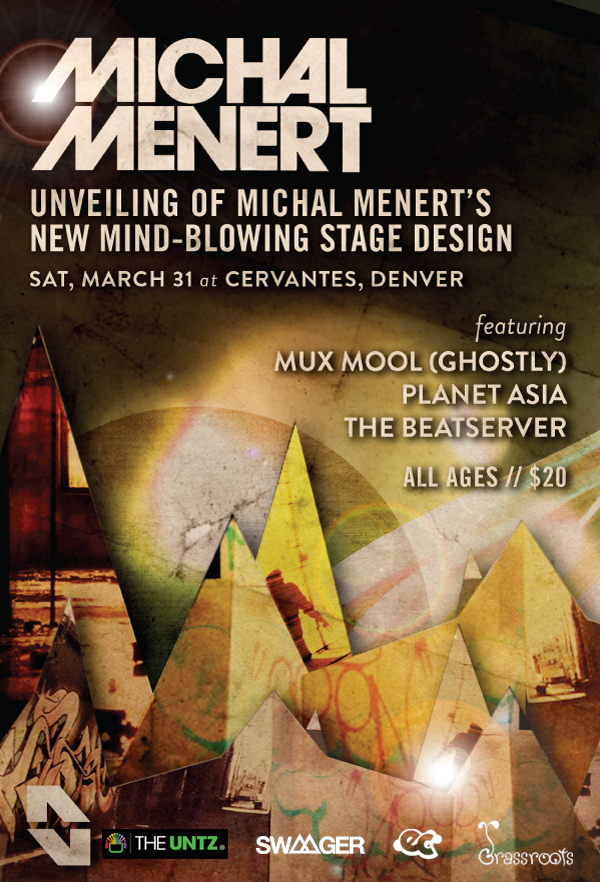 This Saturday night in Denver, Colorado, Michal Menert will unveil the brand new stage design created for him by the talented RadioEditAV crew based out of Chicago.  Well known for their HD music video productions for Pretty Lights and even the NBA, apparently the studio's creativity is boundless.

Headlining the Euphonic Conceptions' RE:CREATION party at Cervantes on Saturday, Menert will use his home state to debut the "New Mind-Blowing Stage Design".  In the midst of finishing up his new album, the follow up to 2010's Dreaming of a Bigger Life; it would seem the new stage design may not be the only debut.  Regardless, OLD or NEW tracks,  you can guarantee Menert will put together a set of music that will make your feet move, your head bob and your body shake.  With a lineup that includes Brooklyn's Mux Mool and veteran MC Planet Asia, this party is sure to go off!