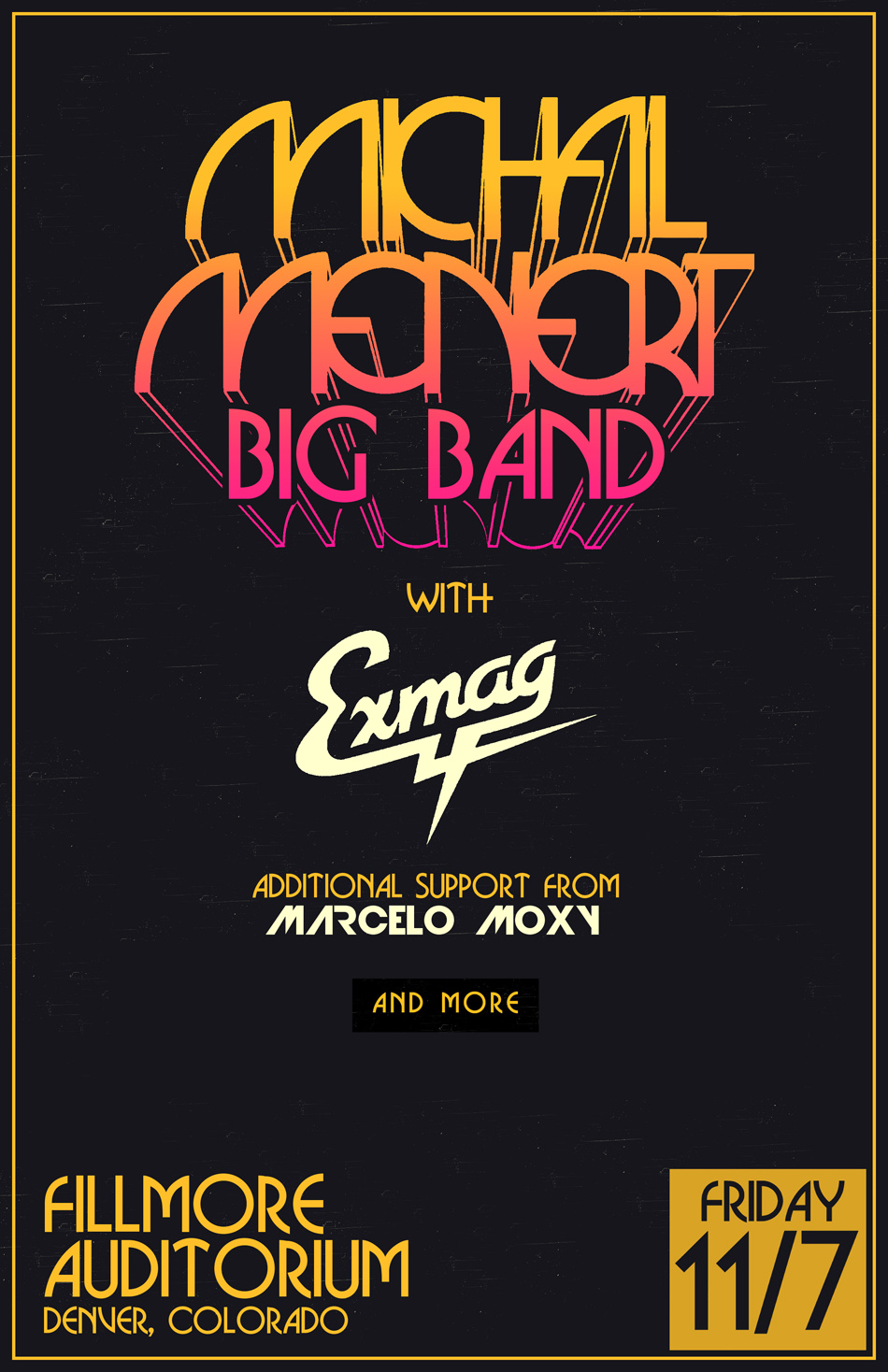 This past June, Michal Menert realized a personal goal when he assembled the 18-piece Michal Menert Big Band and reimagined a giant swath of his catalog with the powerful unit comprised of Snug Harbor, drummer AC Lao, PLM compatriot Paul Basic, and vocalist Keeplove?, among others.

On November 7th, Menert returns to the Fillmore Auditorium in his new home of Denver, CO with the Big Band in tow, and surprise guests galore. Joining the Big Band are Lowtemp funkateers ExMag and RE:UP resident and hometown favorite Marcelo Moxy.

The blowout show at the Fillmore will be a nice capper to the cross-country tour Menert will embark upon this fall on the Keepin' It Crew tour featuring Basic, Eliot Lipp, SuperVision, and Moxy. The unique tour will put the four PLM stars on-stage simultaneously, performing a mind-boggling collaborative set.

Tickets for the November 7 show go on-sale this Friday, September 5th at 10am MDT, and they can be snagged at a low, low price of $10 for a limited time, so make sure you jump on that ASAP. And stay tuned for more announcements about this much-anticipated show.