Connor Proctor, better known by his stage-name Metasine, has unleashed his latest project on the world—and it comes in the form of his versatile Groove On EP.

His journey as a producer is rooted in a past of experimenting with instruments like the saxophone as an elementary school student, all the way to being in band in high school. Eventually, he began producing music solo on the computer.

“By college, I was an addict. That's when I picked up the sax again,” Proctor explained. Before long, he moved to Boston where he’s stationed currently and focused on his Metasine venture.

“After a few name changes, and the corresponding changes in direction, I landed on Metasine. I pronounce it ‘medicine’ but the real meaning behind it is ‘meta-sine,’ which translates to: transcend sound,” Proctor continued. “I find that the dualism of mind and body evaporates in the presence of beauty. Whether it be a sine wave or light wave, the divide between the physical and emotional deteriorates when we become immersed in something bigger than us. Music is the catalyst that allows me to connect my physical and spiritual worlds, and Metasine is the byproduct of that.” 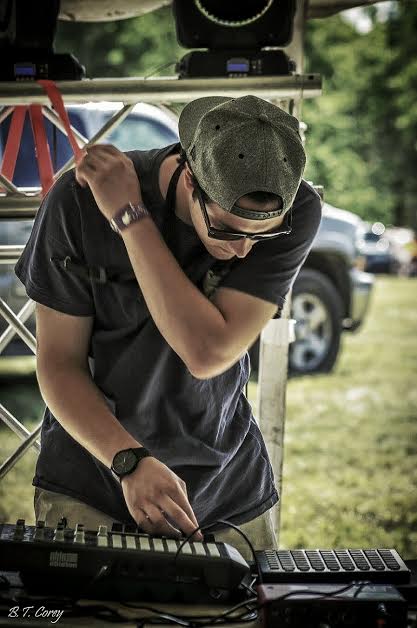 All of which eventually led to the Groove On EP. A culmination of various styles and vibes can be found inside, although there’s something familiar within each track. He noted that inspirations as well as musical tastes are always changing, which can be seen throughout the release.

“Some songs are mellow, some are heavy. I can't ever really sit down and make something that I'm thinking. I more just plugin, and the music kinda just writes itself,” Proctor said.

His self-described “Bass Jazz” sound becomes more and more clear as Groove On’s introduction “Easy Come Easy Go” gets underway. It features the hypnotizing vocals of fellow WUMP Collective artist Samantha Brown. A tango-esque beat kicks off the song, which is then weaved in and out through the couple transitions and progressions.

Proctor talked about how for this release in particular, he tried to do something completely different than he had previously. “I think I spent more time reading online forums that actually writing music on this one ... I think it’s pretty clear in each song how hard I tried to push out of my comfort zone.”

As with each of the tracks on the release, “Take Time” ventures through numerous progressions that are melded together seamlessly for a jam lasting over five minutes. The different basses and synths in this one really create a sonic adventure for the listener from start to finish. Ironically, the producer has a unique approach (as heard in “Take Time”) that ends up forcing an unorthodox timeline.

“I'll usually buy like 10 records at a time, then sit down listen to them all in a row. Most of the time, I won't even get through the stack before some melody or break grabs my attention and I have to start playing with it. I try to let my creativity flow uninterrupted and come back later to work out the kinks,” he explained. “Making a new song only takes a few days, but it takes me months to iron everything out. These three actually took me more time than any past project, clocking in at almost a year.”

The third and final song on the EP is the title-track, “Groove On.” According to Proctor, this is what Groove On is all about: 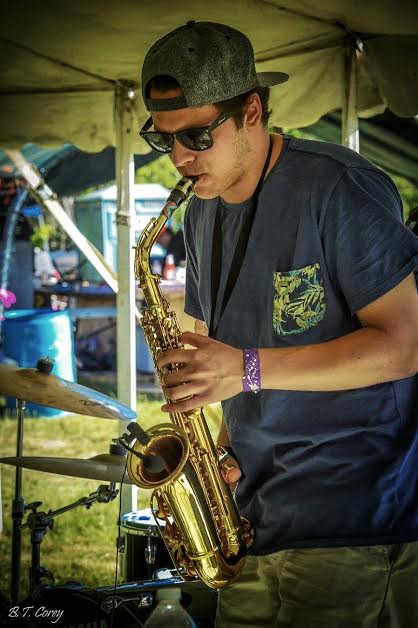 “As time passes, the fiery light of passion can become dim. Shadows can be cast upon inspiration like clouds drifting across the sky. While sonic exploration and moments of creation drive me forward, certain realties can suck me in with the gravity of a black hole. When push comes to shove, I want to be happy. Money doesn't make me happy. Music makes me happy. I stand before a fork in this long road, and I choose to Groove On.”

This optimism and notion can be found heavily within the soulful jam “Groove On,” and further throughout the entire EP. A mixture of warm basses and samples creates a late summer vibe unlike many I’ve heard before. There’s plenty of emotion, real emotion in the song.

“We all want to do what we love for a living, but music doesn't quite pay the bills—at least not yet,” Proctor admitted. “Working 9-5 leaves very little time to be creative … It can get really frustrating and discouraging when weeks go by without a moment of genuine inspiration. As the great Ron Swanson once said, ‘Never half ass two things, whole ass one thing.’”

The Groove On EP is full of blended genres with a little bit of something for any music lover to appreciate, which on the contrary boasts a great deal of “genuine inspiration.” This seems to be a major reason Metasine continues to push forward, because he has faith in his vision.

“Recently I've been working with my cousin and a friend of mine on a really cool ‘live band’ type project. I am learning so much from working with them and becoming obsessed with live music, so there's that … As my life unfolds and my perspective expands, so does the music.” He concluded, “I guess we'll just have to see what happens.”