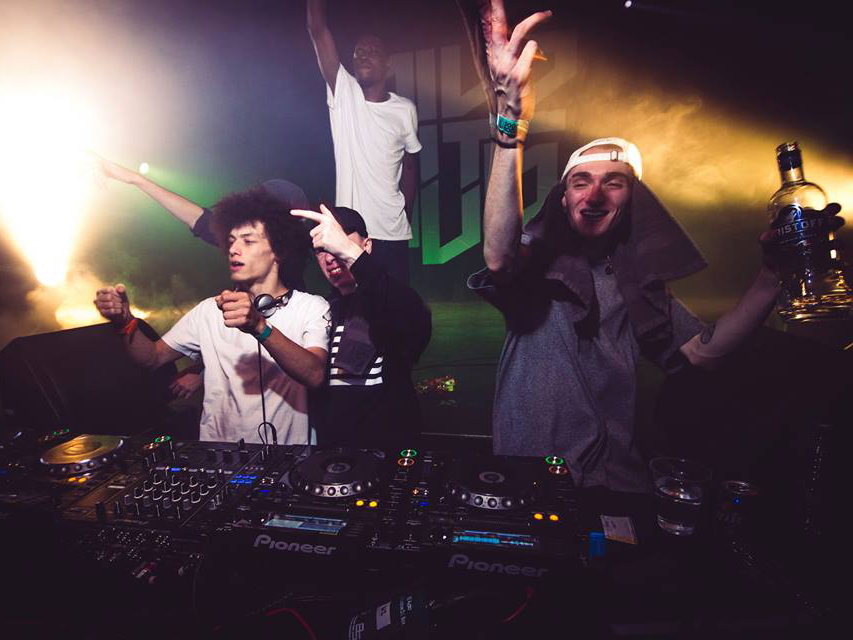 The members of the Gentlemen’s Club, one of the UK's elite bass music squads, weren’t trying to accomplish anything when they started putting out some of the heaviest dubstep tracks around, they were just trying to make some music.

50 Carrot, Coffi, and Soloman, age 21, 23, and 23, respectively, started creating together relatively recently, and now they are known internationally for their brain blasting bass bombs.

Originally, there were no goals for Gentlemen’s Club, we were just 3 friends who wanted to make music together. We started just under 3 years ago, but we didn’t take it seriously until we decided to do our first European tour in July 2013. 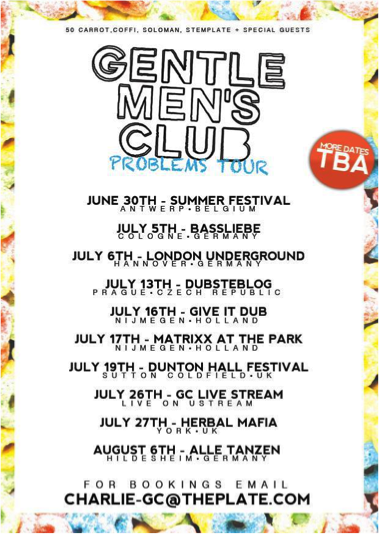 The first release via the Gentlemen’s Club Bandcamp page was the Problems EP, featuring three tracks from 50 Carrot and Coffi. Shortly after the EP's release, they embarked on the Problems tour in which they began analyzing the modern rager’s mind and determining at which decibel it melts. The young trio enjoys a little friendly competition on stage, seeing who can twist the most faces.

In between their heavy wubs, the Gentlemen’s Club enjoy some classy rhymes. They have tracks with artists such as Devilman and Watson, but look forward to collaborating with more MCs. To be honest, they can’t wait to continue merging rap and dubstep.

We LOVE it!! We have been really trying to push that sound from the beginning with tracks like "This High," "New Presidents," etc. We are working with a handful of MC’s & rappers at the moment from around the world, trying new things and it’s coming together really well!

Although many young musical groups have long rosters, the Gentlemen’s Club is complete. They aren’t looking to expand but they do have many collaborations with a certain P0gman.

We’re not really looking to expand as we feel Gentlemen’s Club is complete as a trio, but if we ever decided to choose someone we would have to say P0gman.We all get along really well with P0gman and love his productions as well as his company.

Despite their relative youth, this trifecta of bass has collaborated with 12th Planet, Bukez Finest, Megalodon, and they were featured on Smogcast. Throughout their musical journey they have experienced some “snobbery," which they feel is totally unwarranted.

Personally we think that the artists in the dubstep scene should be more united in order to move forward as a genre, we believe there is a lot of elitism when it comes to dubstep which is unnecessary. We all started making dubstep for the love of it, so we don’t quite understand the need for the snobbery.

As for the future, The Gentlemen’s Club are keeping their cards close to their vests, but they did mention a new album coming out in the next month along with tours in 2016.

We can’t say too much yet, but we have our next album coming out at the end of the month via our Bandcamp page. We also have a line of tours in the works for 2016 that we’re really excited to announce, as well as a bunch of new Gentlemen’s Club music! Stay tuned, stay classy.