If you ask Marc Freccero what he does he'll respond that he "Loves life and inspires other people to do the same." "Sometimes," he states, "this isn't so easy."

When Freccero graduated college he was caught between two worlds: take a high-paying accounting job or pursue his dream for music. He decided to do both.
This lead Freccero to work nonstop: accounting during the day, music production at night. He would work all through the night and only get 3-4 hours of sleep, so to make up for it he would take 20 minute naps in the bathroom stalls at work. After only 2 months Freccero quit the high-paying accounting position to pursue music full time. It was difficult and risky, but as Freccero told The Untz, "You just need to ask yourself: 50 years from now, am I going to be happy about the way I lived?"
After a year of struggling in Boston trying to make ends meet while pursuing music, a huge idea dawned on him after a conversation with a friend. After a few months of planning, Freccero embarked on The Light Nearby Project. 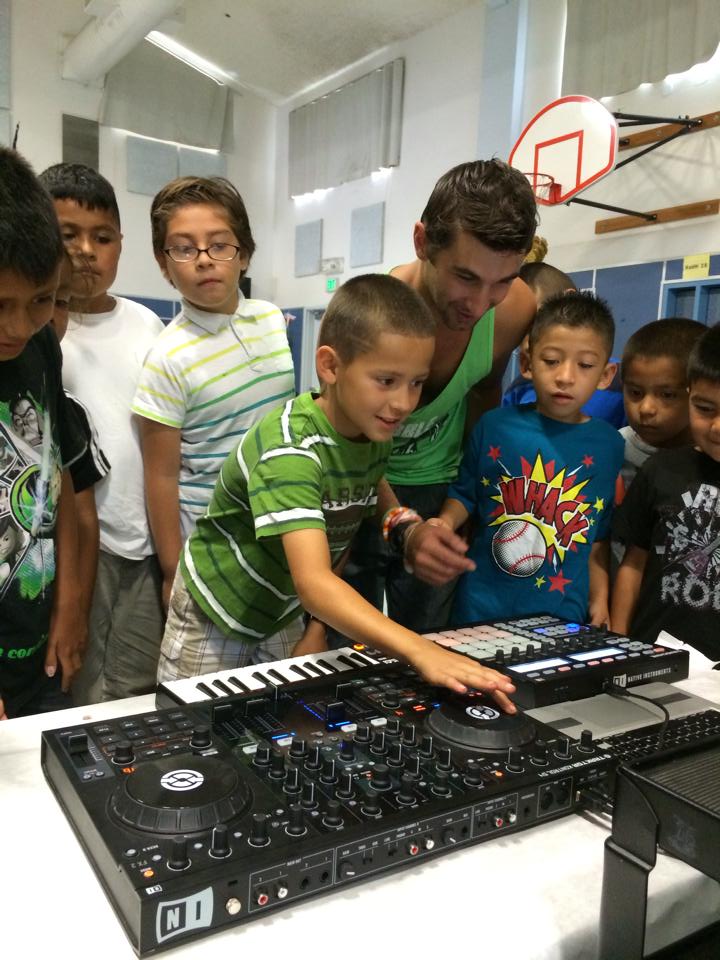 The concept is simple, but easier said than done: Freccero is traveling around the country for 10 months while living completely out of his car. He's visiting 10 major cities, including Miami, Las Vegas, and San Francisco, and producing a song about each city based on its musical influence, ambience, and culture. In addition to producing he also performs around the city to spread the word. By living out of his car Freccero hopes to inspire other people to pursue their dreams and not give up.
"I have a strong desire to lead by example," Freccero said. "This whole project has been, by far, the hardest months of my life but I can't give up and have to keep pushing forward."
Things such as showering, eating, overnight parking, and brushing his teeth are just a few of the challenges he faces day-to-day. His funds are low but he finds weird ways to make money by networking and doing side jobs wherever he can. One day he didn't even have enough money for food so he just ate honey packets from Starbucks - "It's all a part of the process" he said.
Freccero is currently halfway through the journey and when it ends in November he hopes to release the album on a major record label. No matter what, he is optimistic about the future and where he is going. "I still have a long way to go and many more hardships to endure but it's all about looking forward," he said. "You're either living to die or dying to live, there's no middle area. You just need to go for what you want, not count the costs, and never give up no matter how bad it gets."
He has a blog documenting his journey and experiences here: www.LightNearby.com.