One of our Top 10 Breakout Acts of 2014 is keeping busy into the New Year. John McCarten stays consistent with new material and plenty of shows on the calendar. Just the week, it was announced Manic Focus will be playing CounterPoint Music Festival this Memorial Day Weekend, he's got a date with The Floozies in Fayetteville, AR tonight, and on Sunday he hits the Fox Theatre in Boulder, CO with his buddies Krooked Drivers and Vibe Street. 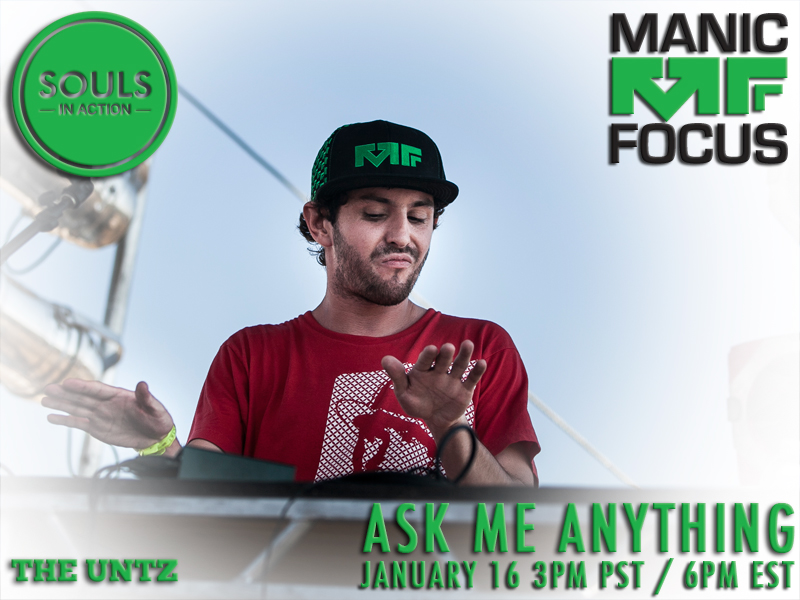 In anticipation of the big show on the 18th, this week, JmaC also dropped his remix of KD's "Nothing is Lonely" which appeared on the duo's Finding the Way, album from last fall. Taking source material, along with Donnie Dalbora and Maddy O'neal's mix into consideration, the Manic Focus reworking is a powerful hip-hop cut with plenty of bass blasts for fans of the heavier stuff. McCarten knows his way around a remix, and this one has a little extra oomph to fire you right into the long weekend.

This afternoon, John will sit down and anwer fan questions when he does an AMA on TheUntz.com at 4pm MST. With this Ask Me Anything, fans can query Manic Focus about upcoming studio work and collaborations, this bevy of live shows, and what he's got in store for this festival season. We'll open things up half an hour early, so get your questions in and start upvoting and downvoting questions from other Manic Fanatics.