Skream, Benga and Artwork, the members of dubstep supergroup Magnetic Man, did not reinvent themselves when they made their eponymous debut LP.  Magnetic Man does not push the limits of dubstep – it’s a mainstream album with plenty of crossover appeal, closer to Skream’s 2010 offering Outside the Box than to any of the trio’s previous, more minimal productions.  Some people are disappointed with Magnetic Man, saying that the group’s members, who have been producing dubstep since the genre’s birth, should have made something less pedestrian.  However, I have no such complaints.  True, Magnetic Man wasn’t risky for its creators to make.  But it is really, really good.

In a way, Magnetic Man is a greatest hits of dubstep album, riffing on all the genre’s trademark sounds rather than committing to one or two of them, as an individual producer might.  There’s discordance and abrasion in “Mad”, and synth wobble in “Anthemic” and “Fire”, the latter of which features swaggering lyrics from grime spitter Ms. Dynamite.  “Flying into Tokyo” and “Box of Ghosts” are melodic instrumental interludes that would sound at home in one of Mary Anne Hobbs’ compilation discs.  And drum and bass, an increasingly common fixture of dubstep sets and albums, is also represented in Magnetic Man.  But here it is used to lighten the mood, rather than to incite a dance floor freak-out: “Perfect Stranger” trades murky sub-bass verses with warm uplifting choruses, and Sam Frank’s heavily processed soprano covers all of “Boiling Water”, a breezy cut that borders on liquid funk.

There’s plenty of darkness in Magnetic Man as well, as there should be in any dubstep release.  Its heaviest track is “The Bug”, ostensibly a completion/mutation of a 2007 song by the same name from Benga and Skream.  Hissed lyrics from a Gollum-like creature alternate with a deep vocoded voice prophesying doom over waves of roiling bass.  The song, one of the album’s best, is downright dangerous.

Recently dubstep producers have been collaborating with A-list artists outside the genre to increase their mainstream appeal.  Rusko got Amber Hoffman of the Dirty Projectors for “Hold On”, which worked, and Gucci Mane for “Got Da Groove”, which didn’t (maybe American rappers just haven’t figured out the speed of dubstep’s tempo – Snoop Dogg’s crack at “Eastern Jam” was weak too).  Skream recruited Murs and Freckles for two songs on Outside the Box.  For their LP, Magnetic Man netted John Legend, whose feature on the album-closing “Getting Nowhere” is just ok.  His lyrics leave something to be desired (“Electronic girl, supersonic world”) but that isn’t my main gripe with the track.  It is the presence of Legend’s voice, rather than his words that causes the problem, distracting from the song’s beautiful bell loop.   It’s a passable ending to an otherwise excellent album 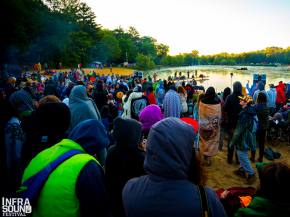 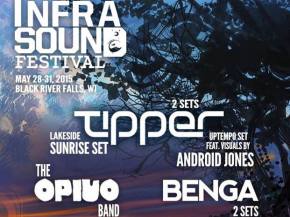 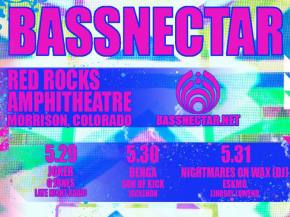