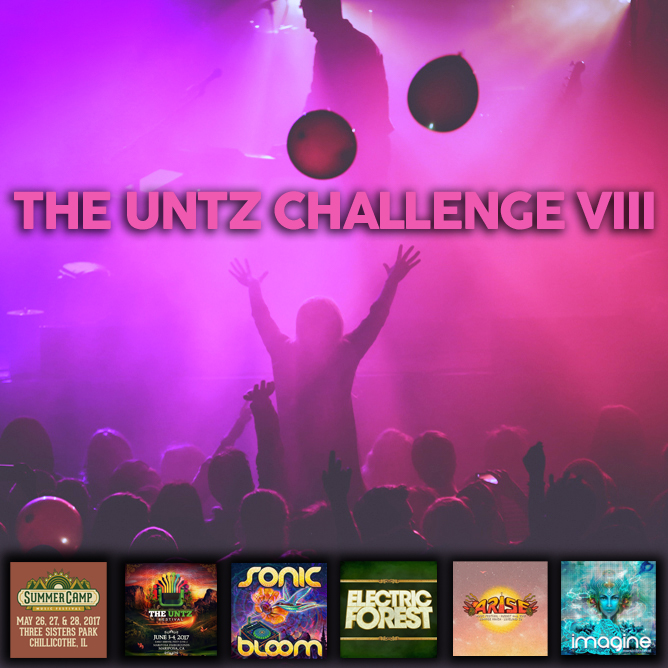 Once again the competition was fierce and the level of talent was beyond our comprehension. Our annual contest for a barrel full of festival slots, The Untz Challenge, has come to an end and the victors have been crowned. LYFTD and Flats Stanlie will be hitting six festivals this summer from coast-to-coast.

LYFTD has come bursting out of the thick Denver scene with its high-energy future funk sound. Comprised of a live guitarist and drummer, many of the duo's performances at their prized slots this summer will be PA sets adapting to the nature of the competition, but on the stages where you're able to catch them at full mast with a grip of gear and their instruments of choice, you're going to be blown away by their chops. What's even more impressive is in all the years of doing this, we've never had a contestant rack up as many votes as these guys did.

Flats Stanlie is a youngster out of Michigan who has been hustling his way out of the midwest and actually gained the attention of a former Challenge winner, Filibusta, who pulled him onto a Kalamazoo date later this month. We were so impressed with his future bass track, “Bloom,” and his general hustle, so the team after much debate landed on Kollin Houghtaling to take our Staff Pick all the way to the bank this summer.

Congratulate these two hustling acts who have landed spots at Summer Camp Music Festival, The Untz Festival, SONIC BLOOM, Electric Forest, ARISE, and Imagine. For those of you who were finalists, those who didn't make the cut, or those who didn't submit a track next year, y'all know you better come back, because the prize keeps getting bigger and better, and these opportunities don't come around often. You, and only you, have what it takes to bring your music to the people, and take your career to the next level. Best of luck.