It takes a lot to impress us, but in a few short weeks, Lucidea has made quite an impression on TheUntz.com.

With acts in the live electronic and jam scenes, most times the outfit leans too heavily to one side or the other, or it just ends up sounding mushy somewhere in the middle. The duo of Josh Bell and Thomas Garrett somehow finds a way to please fans of both jam and electronic tenets like only Dosio is truly able to do. Fun, funky, and fresh melodies are explored with proficient guitar work, and the pair never lets things get too noodly or watered down.

Standout "Both Ways" proves my point, precisely. The song even credibly brings hip-hop into the fold, which is always a scary concept with any jam band. if you're not Lucidea, just please do me a favor and don't try. it. "Fractalz, Bruh," is another great example of a unique melodic idea explored tastefully, and not just a winding race to the end with no real form or structure.

If Santana resurrected his career once more after a particularly influential acid trip, this time teaming with electronic acts instead of adult contemporary artists, you might end up with something like "In The Now," which has both Latin and dub feels, and some great vocal work. And jams like "See Magic" and "Vocate" illustrate neatly why the duo has landed so many festival slots, of late. This is just summer stage goodtime greatness.

We're expecting in Lucidea the same rewards we're reaping from acts like Dynohunter and SunSquabi's incessant touring. A quick leveling up and a tightness only found through relentless gigging is around the corner for Garrett and Bell. You can catch them tonight (June 11) at Ernie's in Shreveport, LA, then off to Jackson, MS, Aurburn, AL, Pensacola, Jacksonville, and back home to Atlanta before this Jamtronicgroovebox run is done. 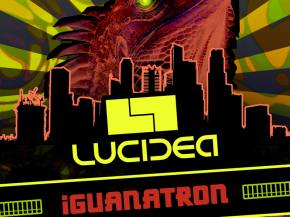 Lucidea jams its way into our hearts with Iguanatron EP [PREMIERE] 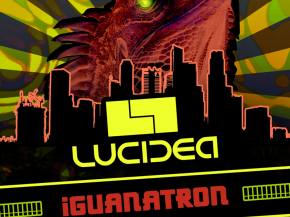 Lucidea debuts 'What We Do' from forthcoming Iguanatron EP [FREE DL] 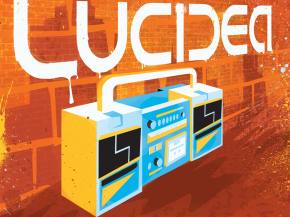 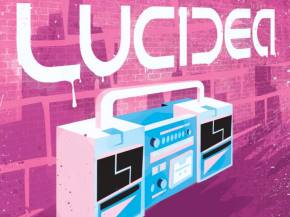