Lotus have remained one of the most successful and exciting acts to come out of the livetronica scene of late 90’s. After more than decade since the release of their debut album, Vibes, the group have accomplished as much, I imagine, as they could have possibly imagined.

Fast-forward and it is summer ’16, a short two months that have been nothing short of heated in all senses of the word. Amid the clamor and raucous evenings spent under the open sky, Lotus have emerged with their brand new album Eat The Light. Described as existing in that “magic hour” ahead of sunset and preceding sunrise, the album channels the freedom to shake off the dust of the day and heat up the dance floor under the stars.

In 10 tracks, Lotus bring out the best in their long-standing creative partnership, which includes for the first time, the inclusion of live vocalists on each and every tune.

Each composition glimmers with the infectious familiarity of catchy melodies and the energy coming through each installment. “Fearless” kicks things off with a hearty, driven bassline and gritty lead reminiscent of some risqué disco tracks too hot for their own good.

The title track “Eat the Light” delivers the clearest statement of the intentions behind this album as put by guitarist Luke Miller. “It’s a celebratory album. This is the sound of summer that makes you want to dance and raise your hands to the sky.” 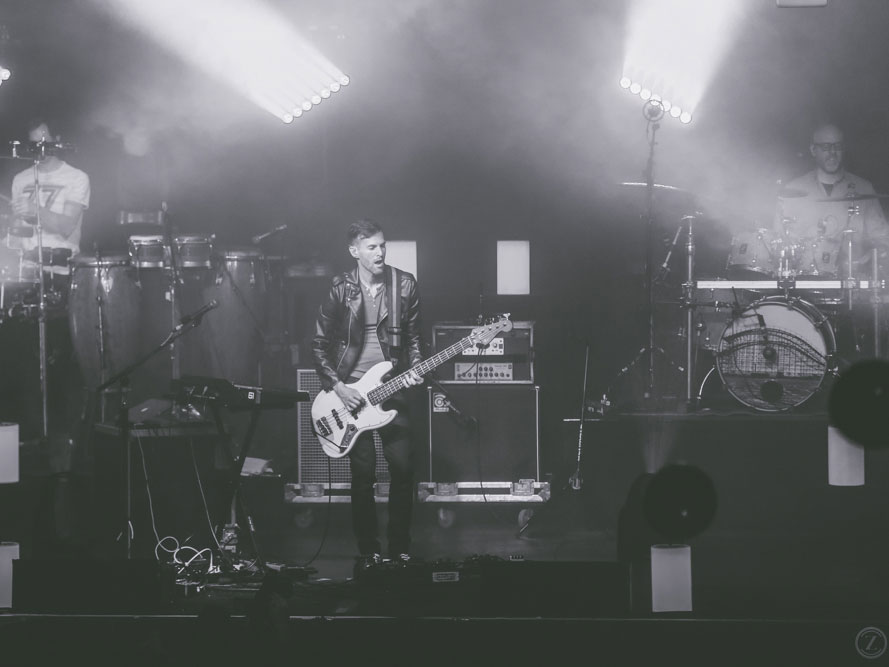 It is fast, fun and undeniably groovy. The balance of sounds and the movement of emotions throughout this track give it the all-encompassing sensation of at-oneness, something that in my opinion is definitely worth celebrating with a little booty shaking.

Last to feature is “Sunburn,” probably the most summery arrangement on the whole album. With vocals from Rachel Eisenstat and the west-coast twang of the guitar, it all feels fitting for a romp across hot sand or cool grass with a cool drink and a hot human.

Eat the Light is benchmark album for Lotus and hopefully signals the next phase of an already exciting career in motion. The band knocked out a gorgeous set at Camp Bisco last night, but don't fret if you missed it, they'll be hitting Imagine Festival in Atlanta, GA at the end of next month, and have more tour dates on the way. And while you're waiting, make sure to grab this baby on vinyl. That's right, packages available now.